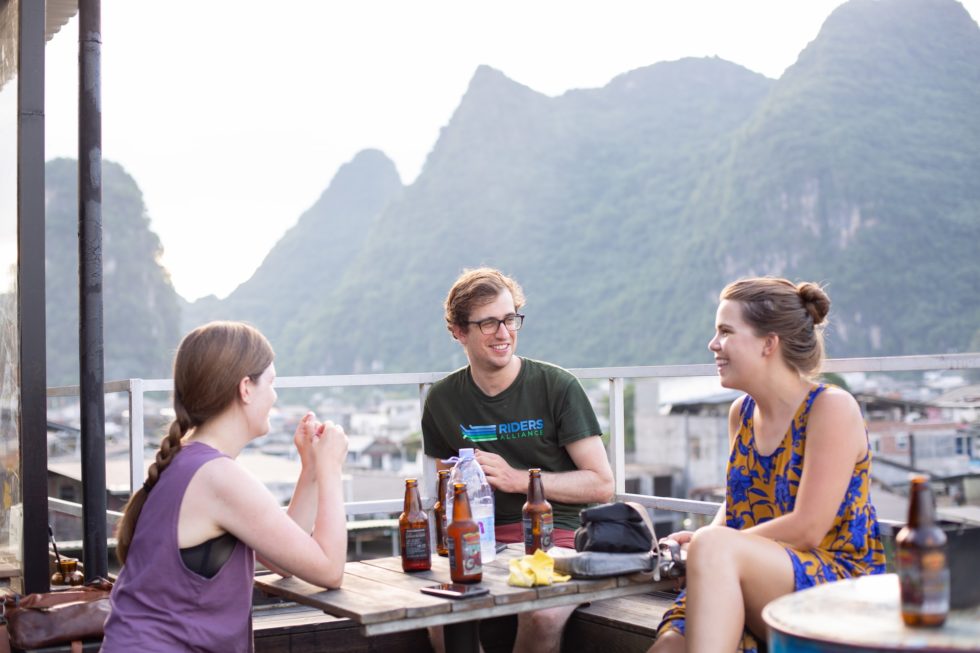 Some women respond better to the direct approach, and can handle overtly sexual behaviour and are open to flirting.

But there are a lot of women who are uncomfortable with this, and prefer the indirect approach, and are attracted to men who can connect with them mentally first before emotionally and of course physically.

This type of girl, many pick up artists  and dating coaches ignore, in fact pick up artists often tell men to be sexual with women straight away and to show their intention in the first few moments, which of course can work well on some women BUT NOT ALL.

Perfect the Art of Conversation

If I had one piece of advice to pass on to men it would be to improve and refine conversation skills, for the sheer reason that they are the backbone of every type of relationship but are severely underestimated in the Pick-up community.

As human beings we communicate in many ways, verbally, physically and visually are the most basic and obvious methods. To have a conversation with another person is a fundamental skill we learn from our primary education. To talk about various subjects with the people around us is a necessity of life in order to live. However, we must also converse for other reasons than to just fulfill a need or a whim, we must also converse to persuade, to befriends, to argue, to cause conflict, to educate and to understand. Thus conversation is of vital importance when it comes to representing ourselves and our needs to others particularly; strangers. Thus, conversation is perhaps the most necessary tool in seduction.

Despite this, many students I first meet are unaware and sometimes, skeptical about the importance of conversation skills or (as I like to call it), ‘The Art of Conversation’. When asked how they would rate their own skills, most people are quite sure of themselves, judging by their conversations with close friends and acquaintances within their own social circle. However, one of the main sticking points most students possess is ‘running out of things to say’. This is simply because having a conversation with a stranger is a very different scenario to that of speaking with someone you know something about, who is willing and prepared to speak to you. It is not enough to simply have a good opener, that won’t win a girl, nor will a great closing line – those skills (which can be bottled and rehearsed), will not alone seduce a girl.

The ‘dreaded’ mid-game that students avoid learning, and many PUAs avoid teaching is difficult because it is unpredictable and requires quick thinking with unpredictable answers. It has to entertain but not be a circus act. It requires a balance of questions and discussion (it is not an interrogation). One cannot rely on routines during mid-game conversations, although they can be implemented. To master conversation during the mid-game, requires the skill of working with whatever response you receive from the girl, trying to get as much information from her as possible and make her interested in you. The minimum you should achieve is that by the end of the conversation, before you close, you are no longer strangers. Here I will give you the techniques that I pass on to my students, to give you the grounding and the ability to master the Art of Conversation with most types of girls you will encounter.

My first piece of advice would be. DO NOT ASK TOO MANY QUESTIONS. This is because the conversation can easily turn into an interrogation. Imagine if a complete stranger approached you and started asking question after question. Then imagine after these questions, that person asked for your number, or tried to close you. After answering questions about yourself, you don’t know anything about the person you are actually talking to so you’re unlikely to give your number to someone who is still fundamentally a stranger. It is easy to fall back on questions because they are safe and usually guarantee a response from a girl. So as you ask question after question, you may think, “Yes I’ve kept this conversation going for a while, how great! I must be doing well, she must be into me!” If she hasn’t made her excuses to leave at this point, then she’s probably just very polite. The other problem with asking too many questions, and also asking the most obvious questions (a point I shall come back to) she will simply fall back on auto pilot mode. This is even worse than being interrogated, as she isn’t even thinking about her opinions. She is literally just quoting herself. To be more specific I will include this real example of myself.

Guy: …So what do you do?
Me: I’m a student.
Guy: Oh yeah? What do you study?
Me: Japanese
Guy: Oh wow! So how did you get into that?
Me: I’ve been interested in Asia since I was eight years old and….(etc etc) The biggest problems with this conversation are:

2. I am clearly on autopilot

If I had a penny for every time I was asked the question “How did you become interested in Japanese?” I would be a very wealthy woman now. Not only am I asked this by acquaintances and guys trying to pick me up and get to know me but also on every single university application and CV. Although it is understandable that one may like to show interest, try to ask a specific question to make a girl think, something that she may not have asked herself before, or if she has; not very often.

Guy: I bet you study fine art; you dress a bit like a Parisian artist. (1) Girl :What? How? No…I study Japanese.

Guy: That’s interesting, I was completely wrong. Tell me three things that interest you most about Japan. (2)

1) The use of an assumption is detailed, therefore it can be as wild as one sees fit, it also doesn’t matter if you have assumed wrong, the more detail – the more wrong you are allowed to be. If you are vague, the assumption is thoughtless and impersonal and seems like a line you use on all girls.

2)  Admitting you were wrong, and moving straight on to the hook “Japanese” that was given to you. Asking for “Three things” is giving the girl a task that she must complete. She needs to acquiesce to your demands – this puts you in a higher position and also requires the girl to think about the answers.

3)  In the girl’s response, there is clear evidence that she is not on ‘autopilot’ mode. She may look up to the side while she racks her brain to think of impressive answers. You have stood out from the crowd.

Suddenly the autopilot mode has broken and I have to think. When a girl suddenly has to think of an answer that she did not have on the tip of her tongue, you may notice her eyes look up to the side as she racks her brain. This, you could say, is the indicator that the autopilot mode is broken. You have suddenly stood out as a person who made her think and question a large aspect of her life.

Also when using the “tell me three things…” remember that she is fulfilling a task; she is doing something for you. In the previous example, when the guy was asking all the questions, he was doing all the work – now the shoe is on the other foot.

Reading Between the Lines

It is important to look behind a girl’s responses rather than taking them on face value. For example;

Guy: Give me three reasons why cats are better than dogs.
Girl: uh…They’re much cleaner, they’re independent, and they’re very soothing

Looking at these answers, one could either continue on by discussing the other benefits of owning cats, or perhaps the benefits of owning dogs or snakes instead. Or one could look at how these reasons are a product of her personality. She says she likes how independent cats are; does she therefore perhaps dislike responsibility? Does she not like children either? Or keeps a busy lifestyle? Or perhaps she’s stressed easily and needs a calming influence from the ‘soothing’ nature of a cat.

Guy: Is that something you always wanted to do? Or did you parents pressure you into it?

This is a very strong example, it may be a sensitive subject, however, if you are bold enough to bring this up then you are more likely to receive a deep and interesting response. High risk? High reward.

You must also offer personal or emotional details of your personality as well; otherwise she will be as much a stranger to you as when you first met, it will also encourage her to speak openly about herself to you. Remember you are much more likely to close successfully having been able to connect with her beneath the surface.

Of course, this is a very small snapshot of the conversation skills one can learn. This is not the full answer by any means but my intentions in explaining these few tips are to emphasize how easily mistakes are made and bad habits are formed and also to explain some of the reasons why talking to a girl who is a complete stranger can be so difficult and how one can rectify this situation. The Art of Conversation is a very broad topic which is difficult to break down alone but with training becomes an invaluable lesson. In the Pick Up community, you will find many trainers who give you lists of routines. I can speak from experience that routines, although fun and useful, are not the backbone of a conversation, neither do they give you much opportunity to get to know the girl or entice her to want to know you. Also in routines, one unexpected reaction can throw you off course (I have seen top Pick Up Artists fail when I gave them an unexpected reaction!). With conversation skills, you can be prepared for any response and entice a girl to deliver information and share a moment with you when two people cease to be strangers any more.