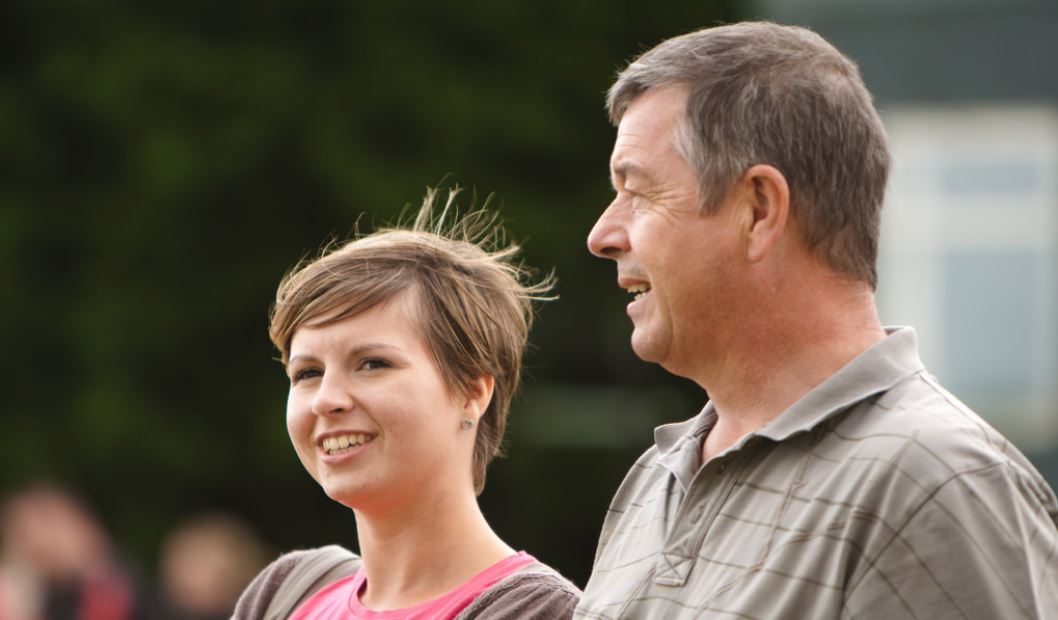 Whether you’re meeting him for the first time or are on the way to becoming his daughter-in-law, making a good impression on your guy’s father is a definite nudge in the right direction.

But the wrong line can screw up your new relationship … or the one you’ve currently got going with his son. This Father’s Day, don’t blunder by blabbing these phrases, the verbal equivalent of gifting “wacky” ties and BRUT.

If he’s really your father-in-law, then this greeting is no big deal. If you’re meeting him for the rookie occasion, you may as well tattoo the definition of “clingy” on your forehead.

Again, a solid relationship with a guy’s father is a great basis for bonding between the two of you. But if you’re still getting to know each other, asking him for life lessons might make it seem like you’re trying too hard and/or Janice Dickinson-level crazy.

8. “Tell me an embarrassing story about (insert future ex’s name)!”

We get it, you’re being playful. But, putting Pops on the spot isn’t going to get you the juice. The best embarrassing stories are revealed naturally, and they make the storyteller feel important. Plus, you wouldn’t want to risk retaliation involving that story about you trying to pee standing up when you were little, would you?

Honestly, nobody cares about your ex-boyfriend. Well, except you, apparently, or you wouldn’t be bringing him up.

Too much information. Just let him assume you’re being sexually smart by the number of times his son doesn’t have to confess that he knocked you up.

Even if he is a single dude, don’t try to play matchmaker for parents — yours, or his. It’s way more intrusive than it is helpful and will only amplify your “control freak” vibe. And you run the risk of potentially hooking up with your stepbrother. Gross.

Don’t get along with your parents? That’s understandable. But by bad-mouthing them, you’re being disrespectful toward your elders, which will certainly leave a bad taste in your wake.

You’re definitely right — your face will be fondly remembered as belonging to the obnoxiously self-assured ex-girlfriend.

Telling a guy he’s cute when he’s angry is wholly emasculating. Telling his father is like jarring his nuts and bedazzling the jar.