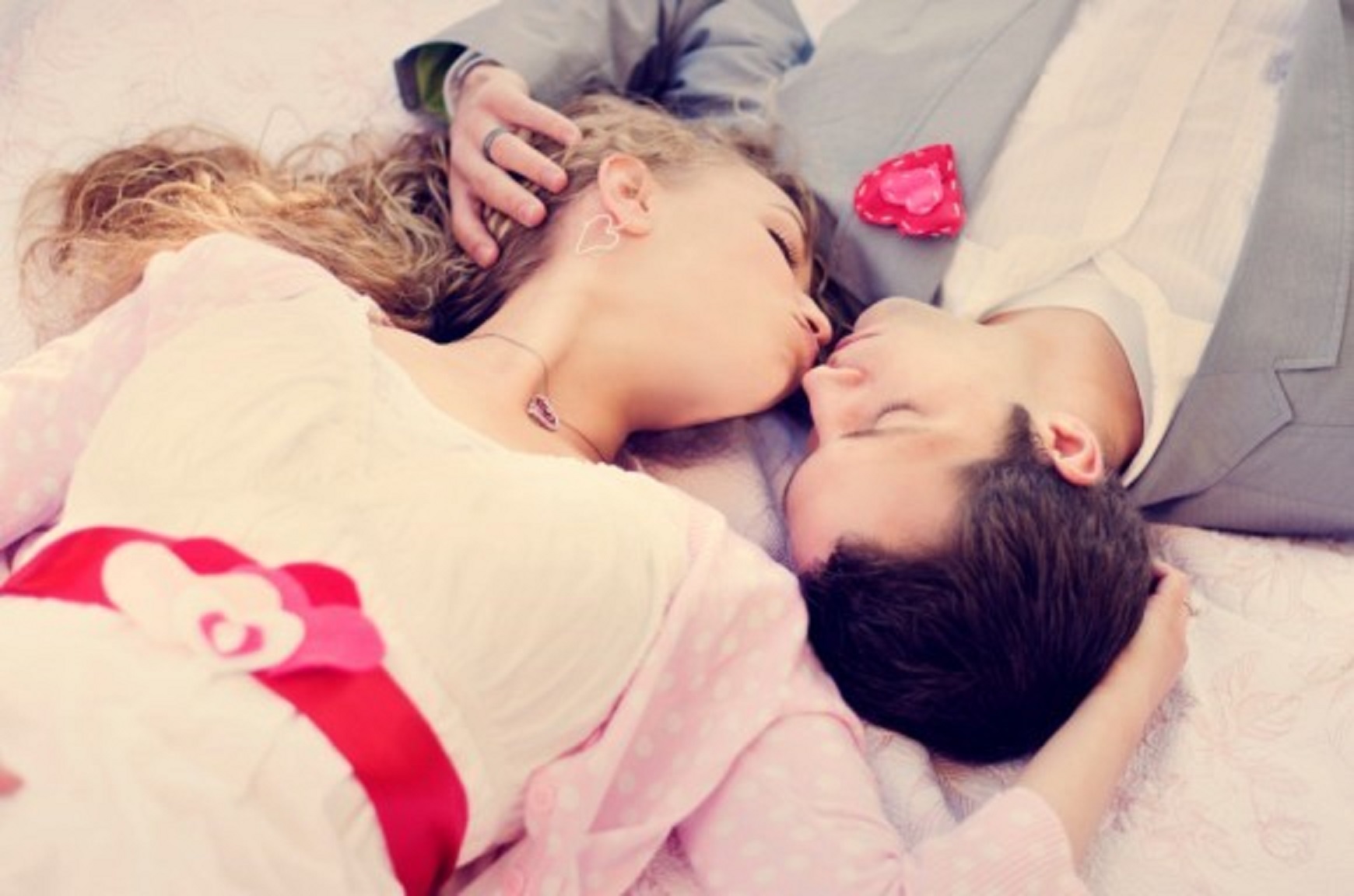 There’s more to kissing than meets the eye.

According to recent research, humans didn’t invent kissing just so we could show affection for each other. We developed it so we could – believe it or not – smell the other person.

Don’t believe it? See below.

What’s in a Scent

When it comes to mate selection, our noses are on the lookout for a certain gene – the Major Histocompatibility Complex (MHC).

MHC controls how effective our immune systems are. Women seek men who have an MHC that is different than their own—since any offspring produced with said man is likely to be healthier.

According to some scientists, humans learned early on that the best way to get a whiff of someone’s genes was to position their noses close to each other’s faces. (There’s a reason that ancient Hindu texts described kissing as “smelling with the mouth.”)

Vaughn Bryrant, an anthropologist at Texas A & M University, explained: “At some point, [people] slipped and ended up on the lips, and they thought that was a lot better. You got a lot more bang for your buck.”

More bang for your buck, indeed—kissing comes with a slew of extra evolutionary benefits. Male saliva contains a small amount of testosterone, which is transferred to a woman during open mouth kissing and thought to increase her receptivity to him. (According to several studies, this may be why men apparently prefer sloppier, saliva-swapping kisses). And men, in turn, might be able to use the kiss as a way to assess a woman’s estrogen level and fertility.

If kissing is so functional, why have we come to regard it as romantic?

Some trace the birth of the “romantic” kiss to a 3000 year-old Indian poem written by Mahabharata:

“She set her mouth to my mouth and made a noise that produced pleasure in me.”

Since then, poets from around the world have idealized the act of kissing, equating it with the highest, transcendent pleasure. Shelley famously stated, “Soul meets soul on lovers’ lips.” And Tennyson seemed to agree: “Once he drew with one long kiss my whole soul through my lips, as sunlight drinketh dew.”

However, not every culture has considered kissing romantic. In Ancient Rome, Emperor Tiberius sought to ban kissing because he was worried it would spread leprosy. In 1864, William Winwood Reade, a British explorer in Africa, noted how one African princess thought he was trying to eat her when he went in for the kiss.

And as late as 1990, the Workers’ Daily in Beijing wrote:

The invasive Europeans brought the kissing custom to China, but it is regarded as a vulgar practice which is all too suggestive of cannibalism.”

Today, 10% of worldwide cultures do not practice kissing. They do, however, partake in other ways of smelling each other—reaffirming the notion that what is evolutionarily most important is the scent.

According to Vaughn Bryant, “Kissing is a behavior that’s 100 per cent learned and has absolutely nothing to do with genetics.”

Biology aside, the “learned” act of kissing has a large significance in our romantic lives. Studies about human memory have shown that people remember their first kiss more than their first sexual encounter.

Of course, kissing means different things to men and women. According to Gorgon Gallup of the University of Albany, “Males tend to kiss as a means of gaining sexual favors, or as a means of affecting reconciliation. Females kiss more as a mate-assessment device.”

Sheril Kirshenbaum, author of the best-selling book, The Scienceof Kissing, notes: “Women have a stronger sense of smell and taste and when we are kissing, we use the information we get from our senses. It is nature’s ultimate litmus test.”

And it’s a test that some people just don’t pass. According to Kirshenbaum, “59 percent of men and 66 percent of women say they have ended a budding relationship because a kiss didn’t go well. It’s your body’s way of saying, look elsewhere.”

The take-away message, then, might simply be to make a good first impression with the first smooch. If the kiss is the test for the future of a relationship, infuse it with all of the attractive qualities you have to offer—warmth, confidence, and receptiveness.

At the end of the day, it’s a good thing humans invented kissing, since it may be essential for our survival. One study in Germany found that men who kiss their wives before leaving for work live an extra five years, have a higher income, and are 50% less likely to get in a car accident.

Now a soft kiss – Aye, by that kiss, I vow an endless bliss.”