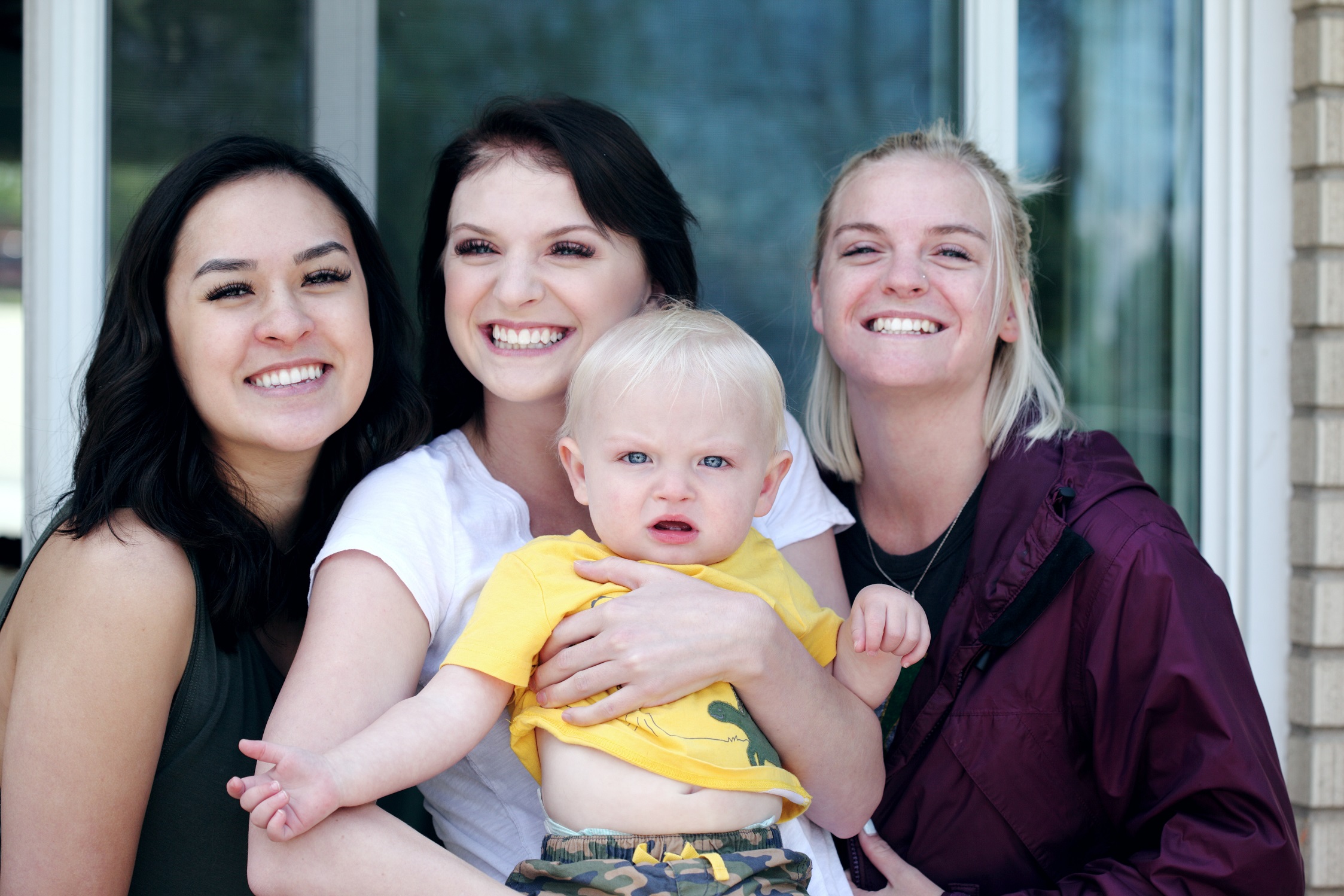 Or how about this one: What is your relationship to your grandfather’s brother’s son?

Some time ago we had a big fat Greek reunion (yes I am half Greek). And there were tons of relatives! I was trying to figure out if people were second or third cousins, or first once removed. Anyway, it inspired me to look up the information and study it more. There are plenty of charts online, but I made my own. And I will explain how it works. 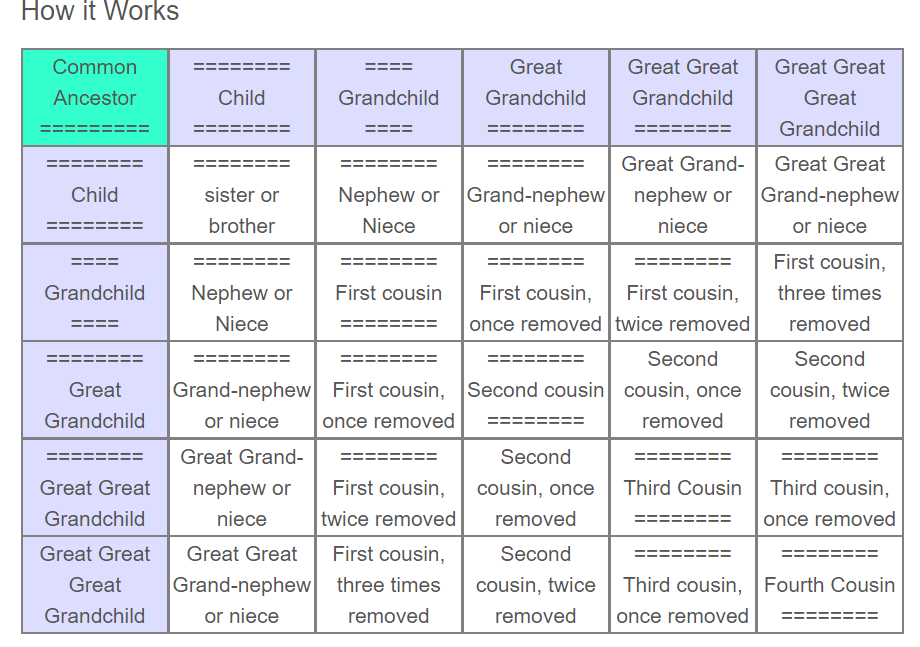 To find out the relationship between you and another relative first go to the common ancestor box and plug in your closest generation grandparent that you and that relative have in common. For instance Grampa Harry may be your grandfather, but a relative’s great grandfather. If this is the case, than that relative is your first cousin once removed.

Try it with all your relatives, even those you know the relationship between (except your own parents or siblings)
I’ll start. My Aunt Helen is my dad’s sister. I can plug in my grandmother (Yia Yia) in the common ancestor box.. I move down the left column to find me (grandchild). I move across the top to find Aunt Helen’s relationship to my grandmother, which is child. Moving down and across from the two spots they meet at the box nephew or niece. So I am Aunt Helen’s niece.

First Cousins – These are people you share the same set of grandparents with. Basically they are the children of your Aunts and Uncles (not great aunts or uncles).

2nd Cousins– These people have the same great grandparents as you, but not the same grandparents. So my grandfather’s brother’s grandchild would be my 2nd cousin.

See how well you can figure out these relationships

To find the relationship between B&G simply go to the chart. B is a child to A. So find child across the top. G is a great grandchild to A, so find great grandchild down the side. Therefore G is a Grand-nephew or niece to B.

Other Interesting Classifications of Cousins

Double first cousins– When two siblings marry two other sibling. (so if Bob and Joe are brothers and they marry sisters Jane and Josie. Or Mike and Jill who are brother and sister marry Faith and Jack who are also brother and sister). The children of these couples are related to each other through both parents’ families. Double first cousins have both sets of grandparents in common. Genetically, they are as related as half-siblings.

There are even other types of cousins.
Click Here to Check it out