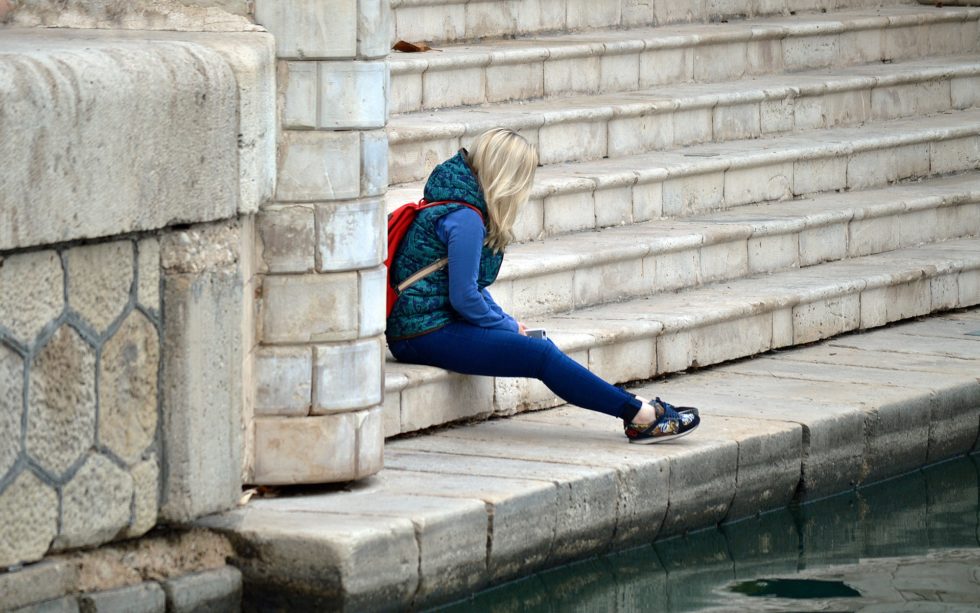 Even the most confident, sexy, able-bodied individual can get rejected. Crazy, right? You can get rejected from a job, a lover, a friend and even a family member, and though all types of rejection hurt, what tends to scar the ego most is getting rejected by someone who doesn’t love you back. There’s a common misconception that attractive people don’t get rejected, when the truth of the matter is, we are all susceptible to rejection. Why? Because there are a million and one reasons to get rejected, and it doesn’t always mean you’re not worthy of being loved.

Why am I being rejected? 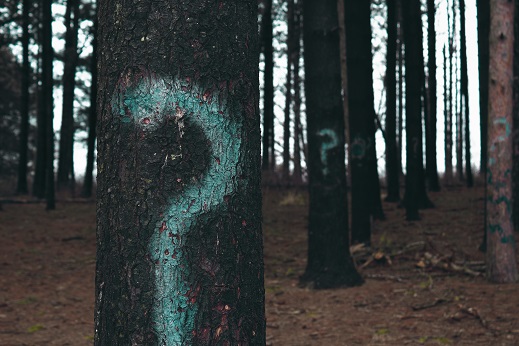 Sometimes, it is your fault

Let’s get this one out of the way, because I can guarantee the first thought in your mind is that you were rejected because you suck and aren’t worthy of being with whomever you’re trying to be with. Most of the time, this is not the case.

But sometimes, it is.

If you have a reputation for being a piece of shit—cheating, abusing, or being a downright asshole—then there’s a good chance the person rejecting you knows about it and has chosen not to be involved with it. Can you blame ’em?

The easy fix here is for you to stop being an asshole and give some time for your newfound awesome behavior to ripple out into your reputation. But I’ll be honest, it may be a while until your record is wiped clean enough to be considered eligible—kind of like bankruptcy.

I know, right? You’re so balls deep into your attraction to someone that you don’t recognize the red flags pointing to it not being a good match. Unfortunately, there’s a big reality that not everyone meshes well—and the person rejecting you may have just seen it first.

Compatibility isn’t only about hobbies you share, either. You have to consider lifestyles, careers, and people you surround yourself with.  A hermit and a party animal may end up clashing heads on what Sunday Funday is supposed to entail. Someone with a 9-5 job may not be comfortable with you being a stripper. You may be a rock climber, he may be a pot head.

Though this line is known to be the ultimate line of bullshit in break-ups, there are actually times it’s 100% honest.

You never know what he’s going through in his life—he may be busy, broken-hearted, or just not interested in a monogamous relationship. It doesn’t always have to be a judgment call on your personality or your looks, or even his attraction to you. There are times that a relationship is just not in the cards for him or he feels like he’d tear your heart apart.

Just because you’re ready for your white picket fence and 2.5 kids doesn’t necessarily mean he is, and that doesn’t mean you’re ugly, worthless, or undateable.

He’s just not that into you

Yup. On paper, you may be the perfect package but in reality, you’re just not what he’s looking for.

Releated : How To Tell If A Guy Really Likes You – Clear Signs He Is Into You

This is usually the slap in the face when you’re talking to someone who rejects you by giving you some load of crap about not wanting to be in a relationship and then turning around a week later and announcing the new love of his life on Facebook.

It’s definitely a slap in the face – and it hurts – but it happens to everyone.

Here’s the bottom line about rejection:

there’s nothing you can do about it. Rejection is a part of life and your efforts shouldn’t go into trying to get him to unreject you; rather, your efforts should go into bouncing back and moving on to the next opportunity quickly, with little wounds.

How to get over it

The first step to getting over rejection is figuring out why you were rejected in the first place. Though there will be times it’ll be unclear—because let’s face it, not everyone is considerate enough to give you a full length explanation as to why they don’t want to fuck you—there’s a good chance that once you get over the ego burn, you’ll be able to isolate a pretty solid theory.

It’s important to know why you were rejected so you know what potion to take to get over it.

If you have a shitty rep 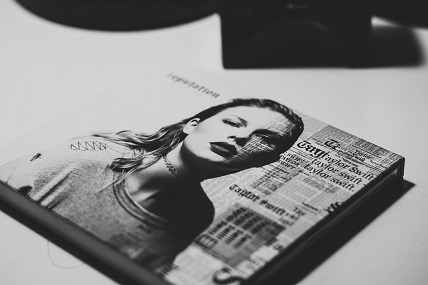 Fix it. But don’t fix it and then rub it in his face so he knows you’ve changed and can consider being with you again. Fix it because having a shitty rep is going to lead to more and more rejection—as it should. Fix it because you can’t expect to get the gems when you’re a lump of coal. Fix it because you should just work on not being a piece of shit in life, anyway.

You have to realize that in this situation, no matter how certain you are that this is different, and you would never be that shitty toward this new person, he has every right in the world to reject you. At the end of the day, the only surefire way to ensure you never get rejected for having a shitty reputation, is to stop being a shitty person.

When you’re not compatible 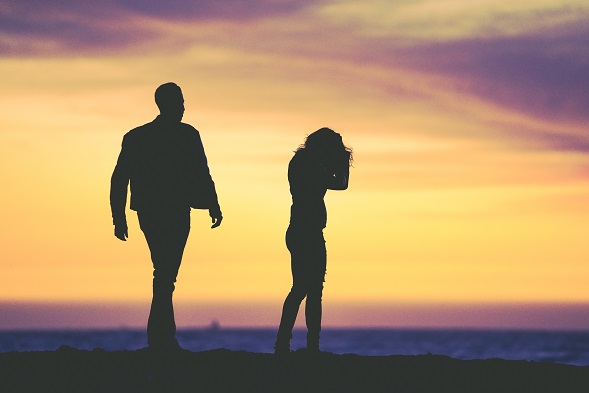 It’s easy to feel your ego shrivel into dust when you get rejected for not being compatible. You think that if you’re hot and heavy for someone, all the pieces should fall into place. It creates a cognitive dissonance and it just doesn’t make sense in your head, therefore your heart begins to hurt and you start to think you’re ugly or not good enough to be with him.

But you need to get over it and here’s why: he’s actually doing you a favor.

Assuming he didn’t reject you, you’d start to become emotionally invested into something that was predetermined to combust in the early stages of the relationship. Even after your honeymoon phase, you would start to see conflict in your relationship and then eventually it would just blow up in your face and ruin any ideal of what could have been.

You need to realize that though you don’t have to be someone’s twinsie, having some things in common is what carries you through to a successful relationship. Honeymoon phases end, people age, and even the sex can get stale.

Some level of compatibility is a crucial component to a healthy relationship. Don’t let a bruised ego make you believe otherwise, because if you do, you’ll never see past it.

You’re not what he wants

Whether you’re not his type or the relationship you’re looking for is something he’s not ready to dive into, whatever the situation, he’s not on the same page as you are.

And here’s the thing about pages: you can’t fish hook someone into jumping onto the one you’re on.

My number one fix to dealing with rejection is moving onto another opportunity. You’re not healing from a breakup and apart from the possibility of having a shitty reputation, there’s no self-improvement that needs to happen . . . you just need to roll the dice again.

You may strike out a few times, but that just means you need to step back and reassess your plan of attack. Are you going for the right type of guy? Are you coming on too strong? Should you maybe consider not being so accessible? 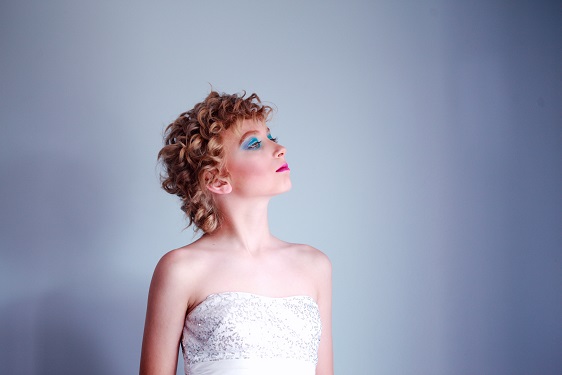 The ultimate secret weapon to handling rejection is boosting your self-esteem and getting your confidence to where it needs to be. When you’re running low on self-worth, it’s easy to revert back to feeling like you were rejected because you suck or looked fat on your date.

The more confident you become, the quicker you realize that you may not be the best match or that your date really did go horribly wrong. If he’s not into being with you, for whatever the reason, then why would you want to waste your time trying to convince him of your worth? It’s exhausting. Especially because I can guarantee there’s a guy standing right behind him ready to give you the world, and his opinion matters just as much as the other guy’s.

Romance is supposed to be about enjoying your attraction to one another, not using it to gauge your self-worth. Stop sulking and move on, because once you look the opposite way, you’ll finally be able to recognize a slew of awesome opportunities.

Romance isn’t just about attraction; many more pieces need to come together in order to see the big picture.