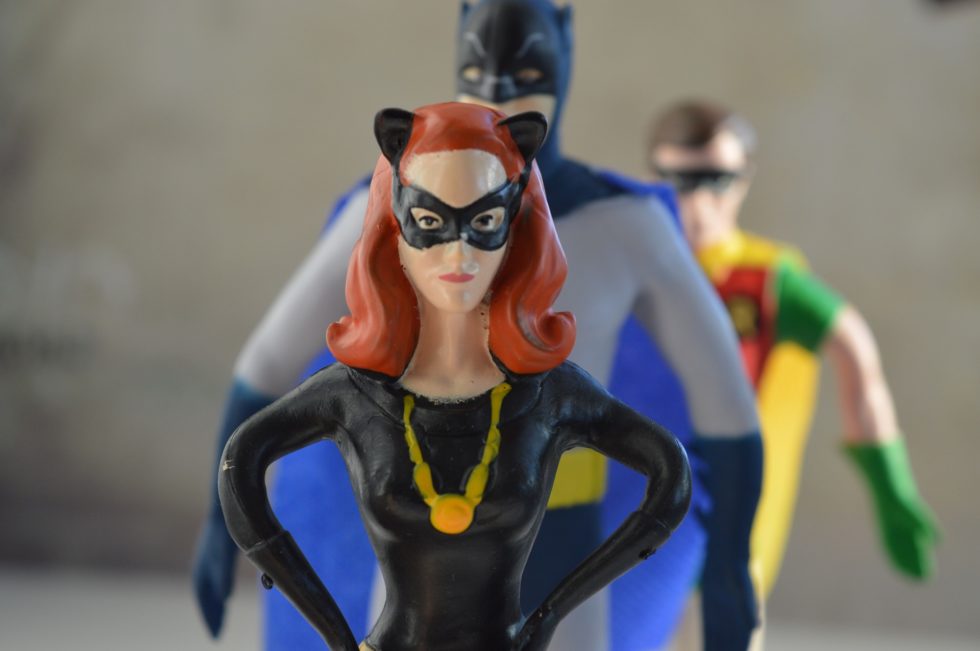 Nerd culture has become more mainstream with comics, books and video games alike being turned into popular movies, but what has not changed is sexism within the community. Sadly, if you walk into a video game or comic bookstore, you are more than likely treated differently than your male counterpart. If you have “nerdy” tattoos, you may have been accused of being on a bandwagon rather than being an actual fan. Though there are exceptions, these industries very much remain a boys’ club. Women have been knocking on the doors, wanting to be let into what has been considered a male world in the past, and have only been harassed, disregarded, or threatened in return.

My husband once accompanied me to GameStop when I was in search of a new Playstation game. Though I kindly asked the questions regarding prices and availability, the associate would only respond and talk with my husband. The one time he did speak to me was when I asked for the new Assassin’s Creed, and he offered LittleBigPlanet instead. He blatantly ignored my interests, either because he was terrible at his job or because I was a female in a gaming store and thus stereotyped as only liking puzzles or Mario. After seeing the same associate treat my husband much differently, it became clear that I was not going to be given the same respect by no fault of my own other than walking into the store as a woman.

If you have been following the news within these industries, you have probably heard of GamerGate, a serious controversy this year regarding misogyny in video game culture and ethics in journalism. It began when Zoe Quinn, an indie developer and artist, was accused by her ex-boyfriend of having a romantic relationship with a journalist from the video game news site, Kotaku. Subsequently, this led to harassment and accusations that her relationship was the reason for positive reviews of Quinn’s game. Supporters were then targeted, mostly women, and also harassed/ threatened to the point where many had to flee their homes. And that was only the beginning.

It would be hard to deny the level of sexism rampant in nerd culture, but people still try. Some bring further attention to the subject, such as Anita Sarkeesian. One of her recent appearances at Utah State University, where she had hoped to discuss gender perception within video games and the issues that continue to exist, had to be cancelled as she was subject of a bomb threat. This is not a rare occurrence, especially because the internet (and online gaming) allows people to remain anonymous. People have no fear of being called out when their name does not have to be attached to it. 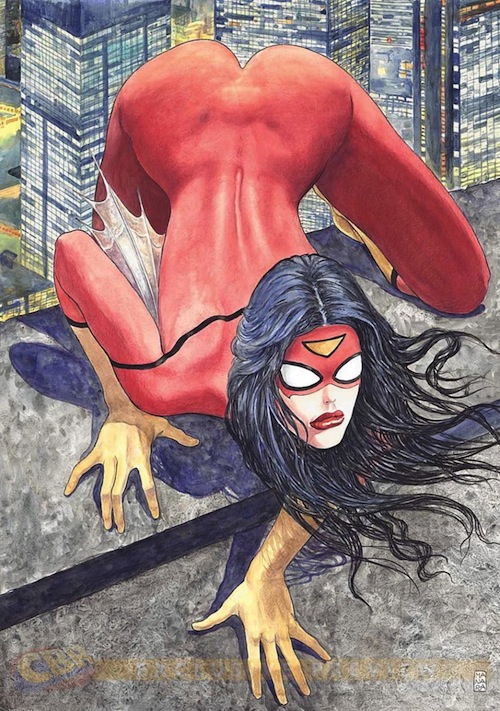 If you were to Google the Spider-Woman cover revealed earlier this year, you will find a contorted female being quite obviously sexually positioned rather than treated as an actual superhero, as a character with value. Thinking of Spider-Man in that same position may elicit some laughs, but then we must wonder and question why a female character would be treated any differently. Women are tired of unrelatable characters who are exploited and grounded in sexist ideology rather than being given their due, than being taken seriously.

There is a lack of diversity in these characters, and this is a misrepresentation and discredit to the nerd community because women do have meaningful stories and points of view worth exploring, worth writing about. Even when a pseudo-strong character is created, she is often superfluous, and eventually gets boxed into typical tropes of overt sexuality or victimization. Though writers like Kelly Sue DeConnick with her take on Carol Danvers as Captain Marvel are making headway in writing positive and interesting female characters (Marvel Studios also recently announced an upcoming date for a female led Captain Marvel movie), this is often overshadowed by the overwrought exploitation of women in comics.

More than likely, you have seen many “Women in Gaming” or “Women in Comics” panels at industry conventions. These panels meant to include females in gaming, alienate them instead by enforcing the idea that women in gaming need special mention. Rather than treat women as equals, instead of discussing their work based on their merit, they are put on the other side of the barrier as “other.”  Females in these industries are looked down upon, sexualized, or placed on a pedestal for having geeky interests, which does nothing but isolate them in what already feels like an exclusive club.

Create a chain reaction of change with your added voice and perspective. Enough of the idea that women’s voices don’t carry the same weight as men’s. To change this, we need to keep the conversation going. My husband, who is an avid gamer, never paid much attention to these issues because he simply didn’t have to. Once we started talking about it, he began picking up on it on his own and speaking up when he saw it.

Stereotypes have no power unless we give into them. Who is to say a young girl shouldn’t enjoy comics and Legos and the color blue, while boys shouldn’t like dolls and kitchen playsets and the color pink? It begins at an early age, the way we try to dictate gender and what it means to our interests. That it continues to develop into the kind of harassment women face for simply wanting to be represented as a person rather than a sex object within these communities is astounding. We have the ability to change, to shape our worlds and how we perceive them. We should be working toward equal treatment and the ability to have interests undivided by stereotype – don’t hold back simply because others expect you to.

Take part in the movement away from nerd culture’s tendency toward chauvinism. Artists and fans alike have been creating images of male superheroes (such as Hawkeye and the aforementioned Spider-Man) in seductive poses typical of female heroines. Though it invokes laughter, it also builds unease. It causes us to question why such an image makes us uncomfortable and raises awareness to the prevalent problem. Women are complicated, unique, interesting, vulnerable, and strong – they should be depicted as such. Awareness begins when we are not only speaking up when we see sexism but when we have an active role in a new direction.

Be proud, and don’t stand down. When I faced the rude associate in GameStop, I had a choice. I could either not say anything or politely correct him. I chose to do the latter because I like to believe that it was a small, albeit important, step toward breaking down stereotypes. Perhaps next time, he will be more likely to listen to a female customer rather than write her off. There wasn’t a major confrontation, and when he realized I wasn’t there shopping for my husband as he assumed, he became more helpful and willing to see me as an actual customer, an actual person.

If you are a gamer or if you attend shops and conventions, be sure to report harassment when you see it. We can enforce that abusive or sexist treatment of women is not okay by actually demonstrating that it is not okay in our own actions. Don’t be a bystander to the problem. Rather, there are ways to be involved, to be a catalyst of change, to be a solution.

Though these issues of sexism tend to be engrained within nerd culture, we can pull it apart and break it down with our acknowledgement, action, and mindfulness.