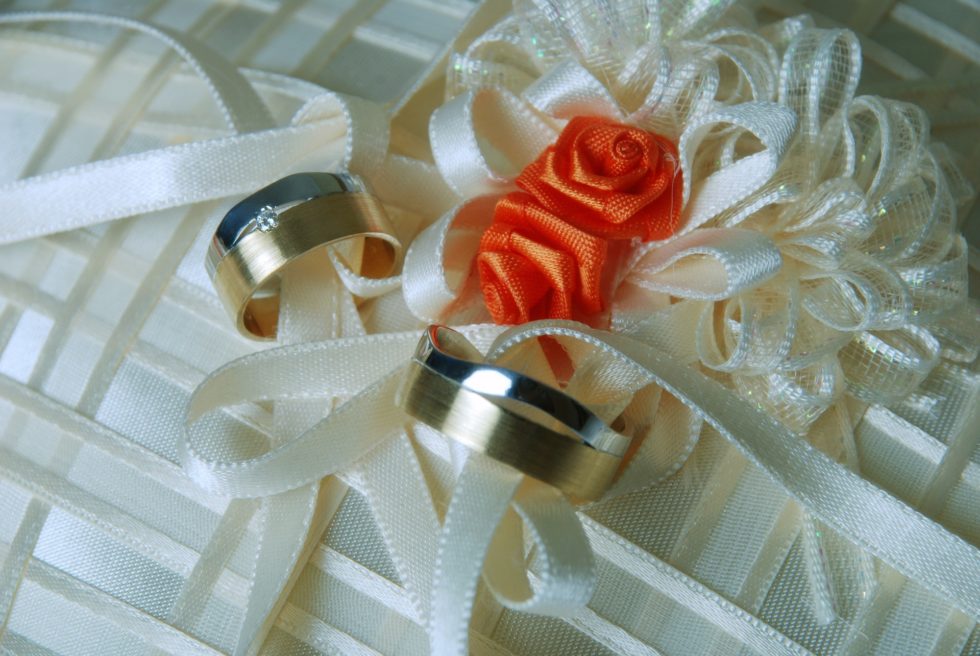 There were so many times I wanted to decide on a date for our wedding and had to stop myself because we didn’t have the visa yet.

So, let’s say you love someone that lives in another country and you’re trying to figure out the best way to move forward because you absolutely CAN NOT handle the long distance anymore.

You’ve decided you’re ready to start your life together; a decision which will inevitably lead to one or the other uprooting their life and belongings in favor of moving to another place entirely.

My boy and I were stuck waiting-in-limbo for around 5 years before marriage became a serious option.

When we landed on that possibility, we couldn’t just DECIDE and go back to living whatever sort of lives most normal couples lead in the interim. We had to consider a lot of major life changes on top of the usual mounds of adversity lovers often face when taking the plunge into dedicated monogamous bliss.

But nothing else about our relationship had ever been easy or normal, so why should engagement and marriage be a cake walk?

I know there are lots of LDR couples out there who are in similar situations, who might be on the verge of taking big steps but are scared and unsure of the process.

Although I can only relay my own experiences, there is a lot I have learned that I feel can be distilled into the following points:

1. Talk A LOT, take your time, consider every possible scenario, do a lot of listening, and TALK SOME MORE about who is moving where and why/how the plan you’re formulating is what is best for both of you.

I am attached to Metro Detroit in a multitude of ways, which was a major factor to take into account. Because I’ve never lived outside the area, I’ve cultivated many long-lasting relationships and memories that keep my heart tied here. I have been lucky enough to find a group of friends and a network of people to make up the absolute best support system a girl could ask for.

Not to mention, I’m extremely close to my family. Every time I brought up a possible move to Scotland, my mom’s eyes would well up before she’d burst into a red-faced crying jag and insist “No really I’m fine, just if you could stay here that’d be better.”

That said, Jamie’s experiences growing up in Edinburgh were just as near and dear to his heart. He is also very close to his family and has only ever known the comfort of his home town. But some small details and a lot of practical reasoning made a massive difference in allowing him to make the decision to move away.

In the years we spent traveling back and forth, he came to find a home in Detroit as well — especially as the majority of our time together was spent here.

For a short while I considered finding a job and moving to the UK after graduating college, but every opportunity came up short — and whenever I went to visit him, my sometimes debilitating homesickness became overwhelming.

After all was said and done, it was his decision to move here for me. We have plans in place to see his family and to head back to the UK for the holidays, but I can’t imagine what he’s going through.

I knew to expect some hard bits when the time for him to move finally came, but my faith in our ability to communicate didn’t waiver.

If anything, we have a tendency to over-communicate – which I didn’t realize was a thing, and isn’t necessarily a BAD thing, but rather something to be mindful of if you don’t want to get caught talking in circles.

2. If you’re planning your move around a big decision (like getting married rather than finding a job and employer to sponsor your visa) you may as well look into applying for different visas to expedite the process.

And here is where I shall plug the website that has been the single most important resource we were thankful to use: http://www.visajourney.com

This site goes so far as to break it down for you every single step of the way, which is super helpful when everything about what you’re doing seems to hinge on a lot of elements that could fall apart if you skip around or come up short at any point.

This page provides a comprehensive FAQ to aid you in applying for a K-1 fiance visa and other marriage-based immigration questions. There are all the forms you could possibly need, time tables to help you guesstimate how long the process will take, community forums to ask/answer questions along the way, and so much more.

We turned in our first packet of paperwork in October 2018. After a year of waiting and periodically sending in more documents as check points were achieved, Jamie went in for his interview at the US embassy and was granted his visa in November 2019.

The waiting was so arduous that this quick-and-easy ending was more a surprise than a slow-building climax. Suddenly, there was nothing stopping us. LIKE, FOR REAL. NOTHING.

So, he booked a flight and we moved in together at the beginning of December.

3. Be prepared to keep/collect and date every photo, letter, email, message, and phone call you’ve ever made to one another.

The more material you have to hand over to prove the worth of your love and dedication to one another, the easier it will be for officials to verify your visa status.

Also, signing a formal letter stating your intent to marry will seem very odd and official in a funny sort of way. I signed all the paperwork one afternoon while Jamie was finishing the packet to put in the mail to the Department of Whatever and had to laugh at how sterile it all appeared when put into legal copy and tucked into manilla envelopes.

It was just so OFFICIAL, like I should have been signing my name with a heavy fountain pen rather than the leaky ballpoint I’d fished out of my purse.

4. Keep in mind that however long you think you have to wait is basically irrelevant — your country’s respective governments will take as long as they damn well please, so don’t count on anything until you receive official notice.

There are so many people on the Internet willing to tell their experiences, but when it comes right down to it, every single visa process is different. There were so many times I wanted to decide on a date for our wedding and had to stop myself because we didn’t have the visa yet.

It wasn’t until Jamie moved here and we were able to pick a venue together that we could make decisions like that. If we’d planned it all based on approximate timetables and high hopes, we would have been SCREWED.

That didn’t stop my brain from wanting to make that happen, though. I was constantly looking for an opportunity to make a decision on something and know that it would happen, but there was no way to know.

For instance, I kind of got my hopes up for a fall ceremony early on in the process. It’s a good thing I didn’t plan around that too much, because we definitely overshot that vague goal by several months.

5. Be prepared for the big steps in your relationship to be shaped by practicalities and legalities just as much as your hopes and dreams.

Jamie and I decided pretty quickly that we did not want to rush our wedding ceremony. This was supposed to be an opportunity for us, with all our friends and family, to finally celebrate our love. We wanted it to be something to look forward to — not something to feel relief upon finishing.

At this time, we have plans to be married by our city’s mayor before the winter’s end (within the 90 day limit as determined by our visa). Just my parents will be in attendance for the civil ceremony and no one else.

I don’t even know what I’m going to wear — I don’t really care, honestly.

We will technically be man and wife for a few months before we celebrate our union — but it won’t be real until he’s in a kilt and I’m dancing in my dress with everyone we love to surround us, anyway.