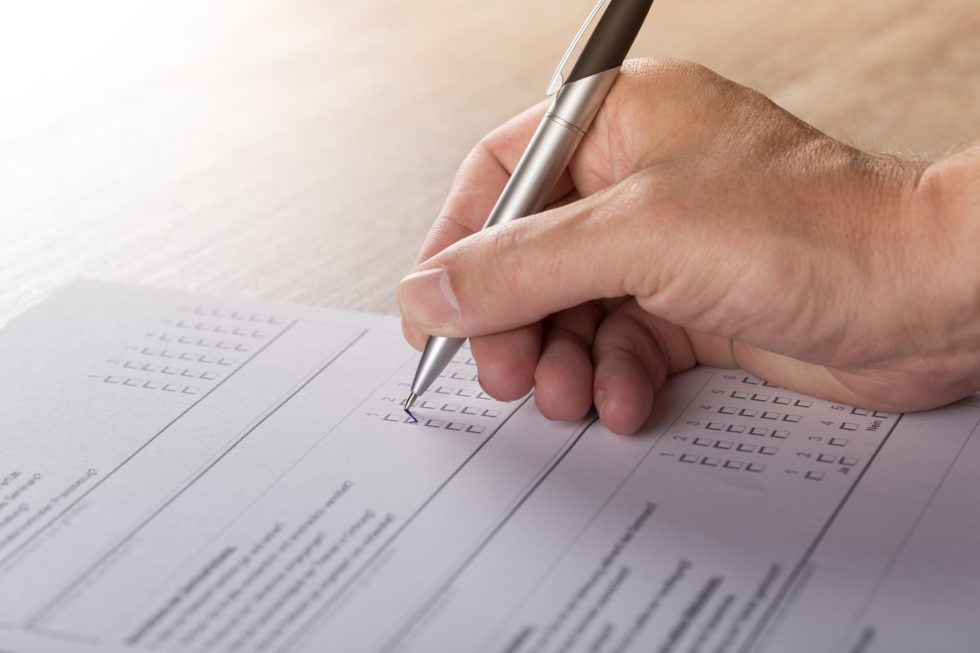 These surveys can tell you which outfits, hair color, and pubic hair stylings men prefer, ostensibly so you can mold yourself into the heteronormative male’s dream girl. But I recognize that there are limits to the theory. You may find that the person who listens to the same music and reads the same books and watches the same shows as you is, in fact, a complete asshole.

I place a lot of importance on taste and overlapping interests, but a James Murphy-worthy record collection and a bar cart full of expensive gin and whiskey can’t completely mask dickishness. Good taste only makes you easier to deal with for so long.

Unfortunately, I’m not the only one placing an inordinate amount of importance on superficial preferences. It’s not difficult to find studies and surveys telling you exactly what people are looking for in a mate. Dating websites make you fill out check boxes and drop downs in an attempt to find your “match” before you have a chance to take things like conversation rhythm or eye contact in to account.

When this exact question was asked in 2019, the numbers showed what we all know to be true: that different people have different preferences.

Those are some over-the-top options. I will require all of the smelling salts AND a fainting chair to recover.

I’m not entirely sure what one is supposed to do with the above information. Statistically speaking, to increase one’s chances of being appealing to the largest amount of men at any given moment, it would be best to be up for any of the above options, or at least the first three, as choosing the most popular option will still only win the undying love and affection of 32.1% of the men surveyed. (That’s 1,926 dudes which seems like a lot but who knows where they are?)

These surveys can tell you which outfits, hair color, and pubic hair stylings men prefer — or at least what 30% of them prefer — ostensibly so you can mold yourself into thirty percent of the heteronormative male population’s dream girl. It’s so boring it makes me weep.

We receive a lot of press releases about dating and relationships. A lot of them come with relationship surveys attached. One of them was titled “A Man’s ‘Dream Woman’ Apparently Doesn’t Drink Beer.”

According to a national survey conducted by the makers of an app called “wist,” a man’s preferred drink/drinking preferences are as follows:

DRINKS: On a date, most men think their “dream woman” will drink wine (35%) or a specialty cocktail like a Mojito or Margarita (26%). Most guys don’t care for a girl who drinks beer (preferred by 18%), a well drink like a rum and Coke (15%), or a shot or shooter (only 1%).
LOCATION: 43% of guys much prefer a fun and casual restaurant for their “ideal” date location. Fewer guys (34%) want to spend on a fancy and elegant restaurant. Surprisingly, only 22% of guys want to stay-in for a home-cooked meal.
WHO PAYS: Proving chivalry isn’t dead, the majority of guys (57%) expect to pay for a date, while 20% believe it’s the person who initiated the date who should pay. Only 18% of guys believe it’s better just to split the bill.

You sluts better not want to do shots.

I called my husband to tell him the news. He was understandably upset, as he had been under the impression that our common love of beer, which we had developed together, was something special we shared. I told him that numbers don’t lie, buddy, and that the next time he saw me I would be drinking a specialty drink like a margarita or mojito.

I obviously didn’t do that, as those statistics don’t show any real preference, but also because I don’t give a damn.

Some dudes may prefer a lady that drinks wine, but that doesn’t mean they won’t date you if you don’t. Caring that much about someone’s drink order would be pretty weird. And the concept of a “dream girl” is dumb. I’m sure my husband’s “dream girl” doesn’t eat mountains of shellfish (which repulses him) or try and show him her used Biore pore strip (which repulses everyone), but I do and he hasn’t filed for divorce yet.

When Sean and I first started “talking” he visited my FB page for some light stalking. At this point in my life I almost exclusively listened to classic rock and he almost exclusively listened to Tupac, Tool and Tori Amos. We had no overlapping favorite books. He hadn’t seen “High Fidelity” or “Labyrinth” and I hadn’t seen “The Hunt for Red October.” AND YET WE PERSEVERED because he was nice and funny and I was nice and funny.

Sean says he remembers looking at the list of my favorite bands, shrugging, and torrenting some Rolling Stones albums. We then made each other mixed CDs, which neither one of us liked very much. But we liked each other enough to overlook the CDs and now our music preferences overlap by about 90%. I still hate Tool and he doesn’t like Elvis Costello, but we can always throw on “The Last Waltz” and listen to that until I get drunk and start babbling about how Robbie Robertson didn’t even show up to Richard Manuel’s funeral.

Maybe the fact that we were both so young (19 and 22) allowed us to be less rigid with our expectations; neither of us was very set in our ways at this point. We have grown into people who are very comfortable with ourselves and our tastes over the last eight years, and we were lucky to do so together.

If I were single now, it’s possible that I would think twice about going out with someone who prefers Bud Light to one of my snobby craft beers, but I would hope that I would still go on that date and at least see what that person is like to have a conversation with.

Forcing people into check boxes and drop downs and percentages robs us of empathy. Instead of going on dates, people go on interviews. We say things like “I could never date a Dave Matthews fan” and “He’s so kind and cute but wears shark tooth necklaces.”

Shark tooth necklaces are terrible, but you can take them off. You can’t take off a terrible personality.