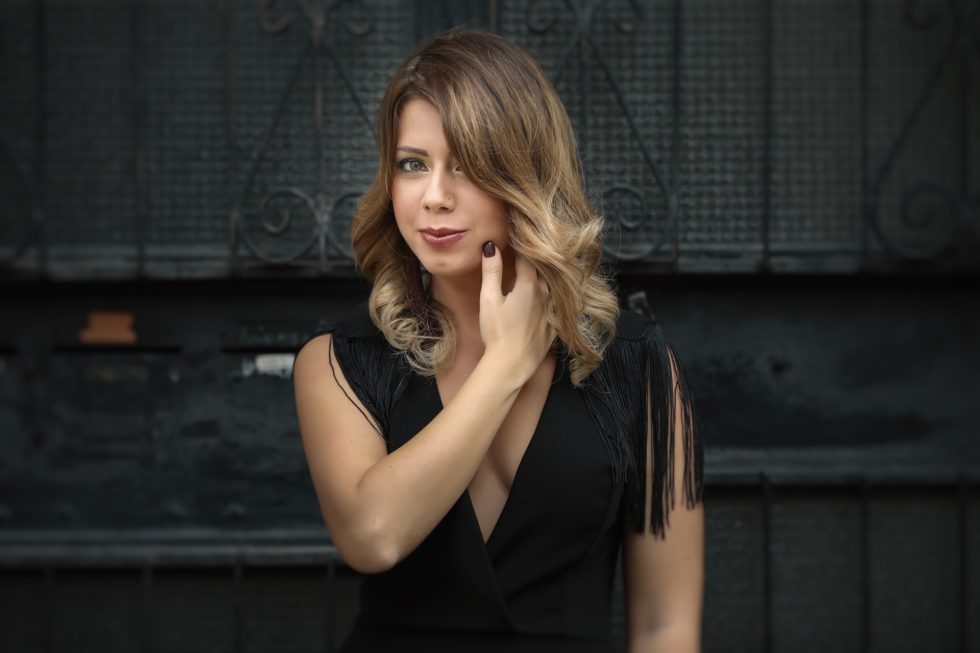 I want to start this article by mentioning that “YOUNG” relates to women that are obviously over 18 years old up until a maximum of 22. This is what I call young and ideal. After about 22 their “dating” mentality changes and they start to want other things from the guys that want to have sex with them. Having said all that, let’s look at a list of things that will help you score that young hottie with ease.

*Please do not read this article if you’re a woman, especially if you’re in the above category as you may be offended. *

Young chicks are probably the only ones you can disrespect as part of your game. After a certain age women get fed up with dudes that act cocky, talk down to them, tease them etc…but whilst they’re still young, it works like a charm. It triggers that “This guy might not want me” reaction in her brain which makes her want to be with you.

To make things easier, here’s a few things you can do: don’t always pay attention to what she’s saying, tease her dress, tease her about the way she talks, acts, laughs etc.

Young chicks love to bail on guys and then laugh with their friends when the dudes get annoyed. To keep her in the “disrespect” line, make last minute plans and show no sign of caring if she turns you down because often enough, she won’t.

You can often take her to the same cheap place without trying to impress her. Also, when she asks you how you spent your other nights, when you didn’t see her, you can just tell her about the great venues you went to with your “friend”. Make her think about why you aren’t taking her with you to other places; it will make her doubt herself.

Tease Her About Being Too Young/Immature and Inexperienced

This is a fantastic way to keep her feeling insecure, especially if you’re a bit older than her, just keep mentioning how funny it is that she hasn’t yet become a woman; how cute she is when she doesn’t understand certain “grown up” things. She’ll try her best to be a better woman for you.

Even when you’re asking for her number, you can say something in the lines of: “I think you’re a great girl but you’re just too young.  Do I need to ask your parents for permission to take you out on a first date?”.

Never Let Her Be In Control

Young chicks are very aware of this whole power balance in relationships, they actually think about it quite often. She’ll almost instantly drop you if you say : “I love you / I want to be with you “. Never show any signs of weakness, she’ll just take it for granted. Make her work for you and make sure she’s the first one that wants to commit.

You can even play her for quite a while by discounting her feelings when she brings up the subject of “long term relationships”. Just say: “Are you joking?”

These chicks are in their prime and they know it. Never forget that. If you think you can just cruise around whilst treating her like a joke, you’re wrong. They have an incredible amount of game awareness, lots more than most guys around 30 which means, she can smell your weakness a mile away.

You may neglecting the fact that she took over 2 hours to reply to your text, because you really couldn’t care less, so you immediately reply when you see the text only to see that she’s gone because that was a test that proved how weak you are… Yes, as strange as it may seem, many young chicks play such games. To be on the safe side, make sure you take a full day to respond back.

Nothing More But a Sex Object

As previously mentioned, you should treat her like you’re only using her for sex. Ideally, you should do this to every woman, at least in the early stages of a relationship but, when it comes to young hot chicks, this type of behavior is a must.

Because she’s already thinking she’s not good for you, treating her like this will make her work even harder to have you, plus…because you’re constantly teasing her age, she feels insecure about her sex skills too which, will only make her work harder in that department as well.

Remember, this sort of behavior excludes holding hands and cuddling while she’s on her period but does include watching a ball game with your friends that very same night.

Don’t Try To Impress Her

Another great thing about young chicks is that they don’t need to be impressed. Again, after a certain age, women look for security, financial stability etc in their potential mate. Luckily for you, young chicks don’t care about these things; it’s all about how you can make them feel.

If you’re trying to impress a young chick with your amazing office job, you’ve already lost her. Sure, flashing money all over the place may help but, the actual impressing her with it isn’t really necessary.

Concentrate on the first two points, make her feel good (laugh, have fun) and you’ll be in her pants in no time.

The same goes when you’re 20 and she’s 18…yes you’re ages are similar but if you can show outstanding maturity whilst still being able to connect with her at her age, you’ve scored big time.

The key is to be able to connect with her, at her age, in her way but also show her that there’s much more than that. All the same age douche bags that hit on her act and do the same things. Be different from everyone but, still know how to connect with her at a basic level.