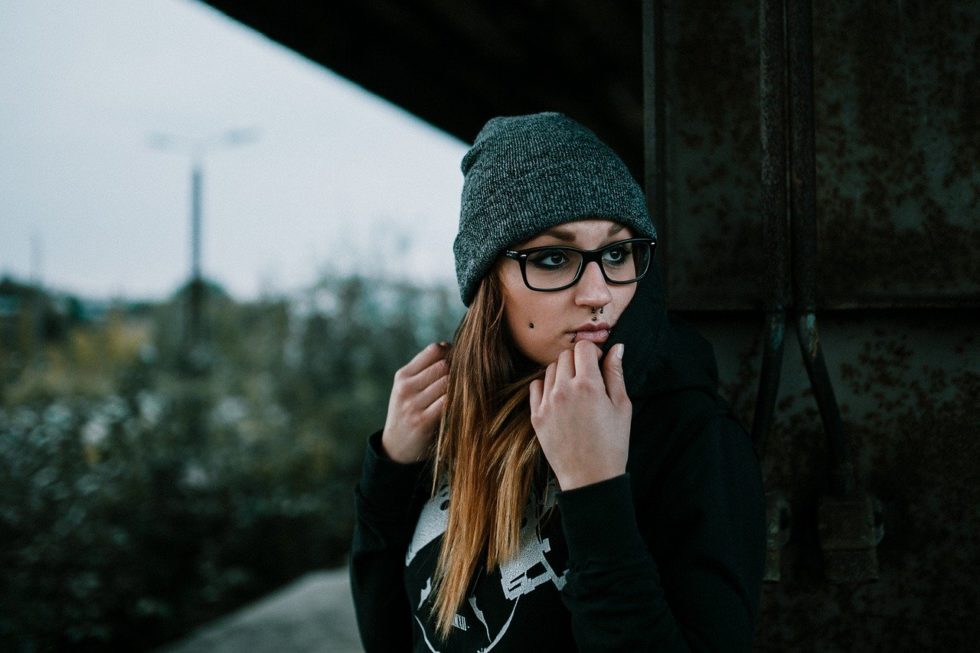 Sadly in our manly attempts to understand women, many of us make the mistake in taking what others have said about the opposite sex, to be true. This eventually leads to terrible mistakes and a constant stream of rejection which can be incredibly damaging for on a man’s self image.

In order to avoid this, I’ve listed the top 10 untrue myths about women that I have personally recognized to be the most counter-productive and prevalent in contemporary society.

There’s a basis behind this myth, it teaches men to lower a woman’s self esteem in order to make her feel like you are much better than her and as a result making her believe that she needs you.

This might sound great if you’ve got some sort of misogynistic feelings but, in reality this is evil behavior, which usually ends up with the beautiful woman cheating on you because you were rude to her all the time. It often happens because her self esteem will eventually get so low that she becomes desperate for a man to appreciate and like her.

More often than not these girls will come back to you but you’ve already destroyed any chance of having a meaningful relationship the moment you started treating them like crap. Thus, you will never get the chance to experience love and the euphoria that comes with it.

If you’re familiar with the international bestselling book, “The Game” by Neil Straus you will know very well what I mean. Unfortunately that book had a dramatic effect on socially awkward men everywhere that are now refusing to buy beautiful women drinks.

I’ll have to admit that there’s some truth behind Neil’s teachings. There are a lot of gorgeous women out there that will pretend to be interested in you just to get free drinks. I do have to mention that Neil failed to clarify a very important thing in his book; as important as it may be to NOT allow women to use you for free drinks or to avoid the cliché pick-up line, “can I buy you a drink?”; being a total cheapskate can have a more damaging effect on your actual game.

If you believe she is worth it, buying girls a drink can have a surprisingly beneficial effect.

Many men seem to believe that in order to pick up super hot chicks they should first practice on ugly girls and slowly work towards the top. I’m sorry to inform you but this tactic will only make you a master at seducing ugly girls.

The best way to learn about picking up hot girls is to actually go out there and try to pick up hot girls. Think of it this way, if you know how to drive a stick (the hot girl) you’ll have no problem driving an automatic (the ugly girl) but, it’s not as easy the other way around…

Gorgeous women have a completely different attitude and standards when compared to uglier girls. The main reason would be the fact that they are absolutely aware of how gorgeous they are and they have a lot of options to choose from, thus allowing them to be very picky. The only way for one to actually be successful with these women is to learn the game, the better you know it, the higher your success rate with any type of woman.

Untrue Myth 4 – Beautiful women are harder to get

Hot women love sex just as much as any other woman.

Most of the time a girl decides if she’s going to sleep with a guy before she even puts on her make-up, prior to going out. Being that guy or not, will only depend on you and your abilities to seduce her. The biggest mistake that normal guys make when it comes to these beautiful women is the fact that they never try in the first place.

How can you win a contest if you don’t even participate? The fundamental key behind good game is daring to go after the girls that you want, rather than waiting for them to come to you.

A myth like this one could only be created by very unattractive people that told themselves this in order to make themselves feel better. Sadly, looks do matter, not as much as they do for us men but, nevertheless they matter.

However, your face plays a very small role in what makes you aesthetically pleasing. Everything else can be worked on and improved dramatically until almost anyone can be turned into an attractive person.

It’s also important to note that even though you have a great personality, you should never overlook your looks. Keep yourself clean and wear smart clothes as those tend to bring the best out in men. Although incredibly beautiful women tend to settle for less attractive men (Shakira) it’s very important to remember that those men still need to be “good enough” in order to be a worthy mate.

Beauty is in the eye of the beholder, so what may seem ugly to me, may be seen as very beautiful to a woman.

I think all men have wondered about this one.

They see an incredibly beautiful woman with an average looking guy and automatically believe that the guy must be loaded, otherwise how would he be able get a girl like that? In some cases that is indeed true but what really attracts women to these men is not the actual money, it’s the security that comes with it.

So how do you go about this if you’re broke? You manage to portray yourself as a valuable investment that will eventually offer her all the security and safety she needs. Women will almost always fall for the investment as much as they would fall for the actual thing. It’s all about the game.

Plus without game, you can be the richest guy in the world and never be able to buy her love and affection. Sure, you can pay for sex with beautiful women but that will not bring you any sense of happiness.

There’s a lot of guys that spend insane amounts of time in the gym, while there’s nothing wrong with that, the ones that believe the bigger they get the more attractive they will become, have a serious issue.

It’s true that women will go for athletic looking guys but this has severe limitations. Women see huge muscles more unattractive than having no muscles at all and over muscled men such as body builders are frightening and grotesque, not at all attractive to women.

Big muscles have been engraved in men’s head since childhood. We read comic books where Batman and all these other super heroes had huge muscled bodies. In reality, the real life version of these super heroes, spend most of the time shrinking their testicles and giving themselves early onset arthritis in an isolated room with other grotesquely hulkish men and very rarely venture out into the real world.

This may be a very stereotypical assessment of a body builder but the fact remains, most beautiful women find huge muscled bodies unattractive and I would personally recommend not to venture into this realm.

Untrue Myth 8 – They prefer to be TEXTED instead of called

I agree that in today’s digital age there will be teenage girls that get angry when you call them. However I’m not a teenager and if you’re like me, calling is more popular than ever.

I’ve had men ask me countless times about text game…seriously what is text game? In my opinion these guys have been lead to believe that texting is more casual than calling and as a result it should bring in better results.

But yet, even though they’ve used the casual approach, the girl doesn’t reply. Instead of wondering why she’s not interested in you, think about the immature way in which you’re courting her.

Phone calls are good because they are the only way to receive a firm response, quite often the girl will gradually lose interest in between the time she gave you her number and when you choose to contact her. A text message won’t help her remember who you are…

The best part about calling is the fact that once they hear your voice they will instantly remember why they liked you in the first place.

All of us make this mistake at some point in our lives. We’re out and we manage to get a sexy girl to kiss us. We then hang on to her all night, like a bad wart, until eventually, when the moment comes to take her home, she rejects us and we remain shocked.

Let’s face it, a kiss means that you’ve done something right but it never means sex. There are countless reasons why women make out with men but there is only one reason why a girl would want to take it to the next level with a guy she just met, desire.

Untrue Myth 10 –If she has sex with you, she wants a relationship

This is probably the biggest myth; men make this outrageous assumption without realizing that we actually live in a modern society where women have the same freedom as men.

Sure, once upon a time when women were not allowed to vote things were very different but, in a society where TV shows like “Sex and the city” clearly show how independent a woman can be, it would be downright stupid for us men to assume that any woman that sleeps with us will always want more than just a night of passion.

It’s often very easy to spot if a woman has any interest in a relationship or not. Usually if it takes her a while to sleep with you (more than a few dates), in which case she is obviously waiting for you to gain her trust thus, showing you that she does not sleep with anyone and that she might be a valuable life partner.

So how do we deal with this? It’s easy, we just alter our expectation to be in line with modern society. We enjoy casual sex and when it does happen we don’t see it as a commitment gesture but more as a sign of interest.