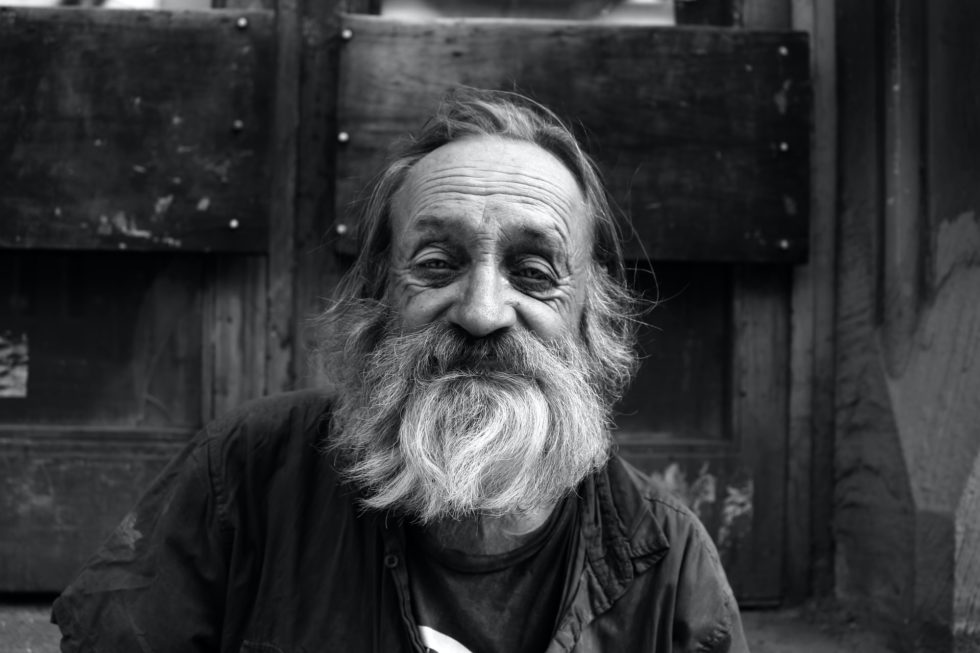 I know an 81-year-old man who has a deep, dark secret.

For a long time, I’ve known by the way he talks, acts, and presents himself to others that this man was very unique and different from most guys. Don’t get me wrong – he’s a decent guy who tries to get along with others in a respectful and polite manner.

The problem is he’s very awkward when trying to socialize with other people, especially women. Sometimes, he unknowingly says things that make women think he’s creepy or just plain desperate to talk to anybody who will listen. And maybe they’re right. It would be understandable, seeing as he lives all alone with talk radio as his only companion, is on a fixed income, can only get around if his bills are paid and he has enough to rent a car, has never been married…and shockingly, is a virgin.

Most people would laugh and ridicule this man if they discovered that he is a virgin, like in the movie The 40 Year Old Virgin. In that movie, Andy Stitzer (Steve Carell) is a lonely 40-year old virgin who has no social life except for watching Survivor with his elderly neighbors who live upstairs. Guys like this, especially in the extreme case of the 81-year-old, are mocked horribly because many assume that the only virgins are acne-popping high school teens who live in their parents’ basement. Of course, reality paints a much more pitiful picture. Virgins come in many different ages, many being over 40, and even your once-in-a-lifetime 81-year-old.

The cause of the ridicule is that it’s not just assumed all guys are having sex; it’s expected. Whenever a guy goes to any social gathering, whether a family picnic, friend’s birthday party or a group gathering among co-workers, the first things people ask him are, “Wheres your girlfriend? Are you single? Why aren’t you dating? When are you getting married?” They get bombarded by more questions than a criminal in an interrogation room with Dirty Harry.

If his answers imply that he’s not currently seeing a woman, then everyone assumes he’s either gay or not telling the truth. They think there must be something wrong with this guy, because there’s no possible way a man could be over 18 and still a virgin.

First come the mockery and jokes from his fellow guy friends, making the already lonely and depressed guy feel smaller than an ant. Next comes the assault of bad dating advice you often hear circulating around dating circles like gospel. Some will say, “Just ask a lot of questions when talking to a women.” Others will say, “Be mysterious or give lots of compliments,” assuming this will make her desire you like a mountain lion drooling over a t-bone steak. Then comes the more complicated advice, such as mentioning something fun you’re going to do over the weekend, dropping the subject and talking about something else so it will have time to soak into her brain, then bringing it up again later and asking her to join you when you go. Of course, you can always go with the most simplest and common advice and “just be yourself” – but we all know how that usually ends up. Unless you eliminate all your bad habits first, this is basically dating suicide.

These poor confused, lonely guys not only get tons of pressure from friends and family to have sex, but the media also bombards them with the image that they should be able to get sex easily on a daily basis. Watch a movie and there’s always a scene with a man and woman hooking up and having sex. Go into the magazine aisle sometime, and you will see thousands of magazine covers featuring scantily clad women, suggesting that these men go out and find a woman right now to have sex with. If only it were that simple.

The problem is that first, not all of these men want to have casual sex, and second, even if they did, these magazines never tell them how to go out and meet a women and eventually end up with a date. Some men want a relationship with a special woman they feel a deep and meaningful connection with, rather than just empty, meaningless sex. But since most magazines feature articles by so-called-experts that only write about theories instead of actually practicing social building skills, the advice is usually as useless as trying to fight a tank with a squirt gun.

So what usually happens to these socially awkward, confused men? A lot give up altogether, not knowing where to begin. They accept it as their fate, even while miserable inside, rusting away like an old car in a junkyard. Others will get extremely desperate and try the current dating gimmicks that charge thousands of dollars to attend, much the same way unemployed, broke people do with get-rich-quick schemes. These over-hyped programs or boot camps market to these very desperate, lonely guys who will do anything for a date. Society beats them down for being single until they are willing to do anything in the hopes of being happy, even pay every penny they possess.

If you’re one of these lonely, dateless guys I have a little secret to tell you that many of these boot camps or programs wont teach you. The only way to get good at talking to women is to hone these skills:

While this list isn’t extensive, it does provide some of the most important aspects of your life that will need some major improvements before you will be able to actually go out and socially wow groups of people and women alike. This will take tons of practice and patience to master, no matter what the so-called experts who want to charge you thousands of dollars to learn a few magic tricks and opening lines will tell you. You can either go out and practice until you learn the necessary social skills, or you can go to an overpriced boot camp only to find out later that you will still have to go out and learn how to socialize. It will just cost you $7,000 less. It’s your choice, so good luck.

Art of Flirt: Secrets of Fast Flirting to Get a Woman in 4 Steps