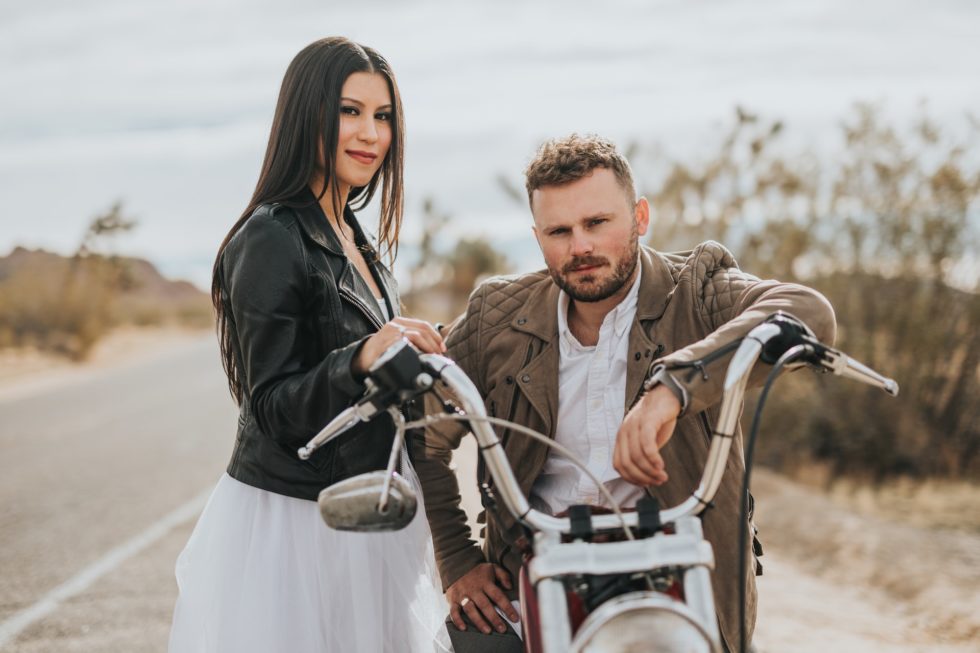 It was pretty beat up and let’s just say that it had the tendency to break in ways that led to dire consequences.  As such, I ended up not riding it much.  And when I did, I was always expecting it to blow up at any second.

Fast forward to a couple years later.  I moved to Arizona, got a decent job and finally bought the bike I really wanted.  It was a Yamaha FZR-600 sportbike.

Let’s face it, that’s a LOT of bike for a guy with such little riding experience.  Nevertheless, I got the thing.  But as I rode it, I foundI still suffered from the conditioning that my motorcycle might start spewing oil and wreck me.

Since the bike was brand new—and not cheap—I also found myself practically paranoid that I’d either drop it or crash it.

But even worse, I was haunted by the raw statistics related to how many first-time sportbike owners bite The Big One within three months.

Add it all up and I didn’t just ride that Yamaha like a grandma, I rode it as if it WAS my grandma.

Nevertheless, I soon started hanging out with a bunch of like-minded sportbike enthusiasts.  The most “alpha” guy of the bunch, a long-haired ex-marine on a jet black GSX-R 1100, was also the most skilled rider.  Among other things, he could ride wheelies through all six gears.

The very first time I met him, my new friends and I were parked at a popular hang-out spot.  He rolled up, offered a firm handshake and said, “I already know you.  You’re the guy who rides that thing like he’s afraid of it.”

He revved his motor slightly and before riding away offered this:  “You’ve got to take charge of these little screamers or they’ll chew you up and spit you out.”

He then proceeded to show all of us who were parked there exactly what he meant as he and his 160 hp motorcycle made a dramatic exit, as was considered the cool thing to do.

Lo and behold, as it turns out his advice was spot on. Interestingly enough, my confidence increased right there on the spot and within a year I was actually roadracing the things.

So Why Am I Telling You All Of This?

Well, to be perfectly honest I think a LOT of guys approach situations with women who they’re attracted to much like I approached owning a sportbike for the first time.

Now obviously, if you take my metaphor half-literally you’re already picturing a scenario that might happen in the bedroom.  And yes, that’s would be a disaster in its own right.

But frankly, most guys are riding it like they’re afraid of it long before that.

I can’t tell you how many men I’ve talked to who have women in their social circle who they’re attracted to, but they have NO IDEA what the woman’s relationship status even is, let alone whether she’s attracted to him in return or not.

That’s because they’re NOT asking any questions, so they’re not finding out any answers.  They’re riding it like they’re afraid of it.

Other guys go out on a date with a woman, but they’re so uber-concerned about offending a woman with their potential sexual interest that they neuter themselves and stick to conversation about the weather, chocolate chip cookie recipes and—God forbid—the Dallas Cowboys.

They invariably land in the “Just Be Friends Zone” as a result.

It’s all because they rode it like they were afraid of it.

Back when I was in about ninth grade our class went on a field trip.  It was one of those cultural events that kids from all the surrounding schools came to.  Many of them were particularly cute girls.

There was one particularly amazing one with long, black hair.  She was wearing a red dress and black stockings.

I remember walking right up to her, introducing myself to her and telling her exactly what I thought of her.

This was long before e-mail, smartphones and social media, of course.  And as it turned out, she actually lived in another area code so there was no way my parents were going to let me rack up long distance charges talking to her.

So I did what I could.  I got her address and mailed her a letter.

Sure enough, she wrote back.  “I’ve never met a boy as bold as you.  I don’t really know what to do with you, but I kinda like it.”

Now, if you think that’s poignant, here’s the crazy part.  I wouldn’t have DARED be so forthright with ANY girl back at my own school.  So I wasn’t.

I mean, what…are you kidding me?  In my mind, were I to have bared my soul like that with any girl I still had to see in the hallways or even in English class afterwards, any number of BAD things might have happened.  My biggest fear was that it could have resulted in four solid years of humiliation.

So then, because I feared the social ramifications and personal embarrassment of potential rejection, I went around high school riding it like I was afraid of it.

But while on that field trip I was virtually free of any potential for social fallout.  Unfettered, I rode it like I STOLE it instead.  And what do you know?  It worked.

About now you may be thinking that the point of all this is going to be that you should boldly make your intentions known to women instead of shying away from them because you fear loss.

And hey, that’s an important point.

But something tells me that my exhortation to ”stop riding it like you’re afraid of it” will really hit home for you even more if I tell you WHY it’s such a killer.

The bottom line is that bold leadership is a MASCULINE trait.  Meanwhile, passivity is a FEMININE trait.  And it’s that way whether we like it or not.

Perhaps you’ve heard before that men are designed to PENETRATE and that women like to BE PENETRATED.  Obviously that applies to physical sexuality, but it also applies in the figurative sense, with regard to how men and women relate to each other.

When you’re BOLD about your intentions with a woman, you are doing something inherently MALE.  That means her femininity gets ignited, and voila…you turn her on.

But when you ride it like you’re afraid of it you’re inherently being passive, and that’s a TURN OFF.

Do you see the very real double whammy at play there?  Not only do you SEIZE opportunity rather than MISSING it when you’re bold, you’re actually doing the “heavy lifting” of attraction in the very process.

So What’s It Going To Be From Now On?

If you ride it like you’re afraid of it women will chew you up and spit you out.

Your passivity robs you not only of the very chance to be with a woman, but also the masculinity that would intrigue her.  Before you know it, you’re suffering from some nasty road rash.

Choose boldness instead, resting in the knowledge that your very choice itself is already making you a more attractive man.