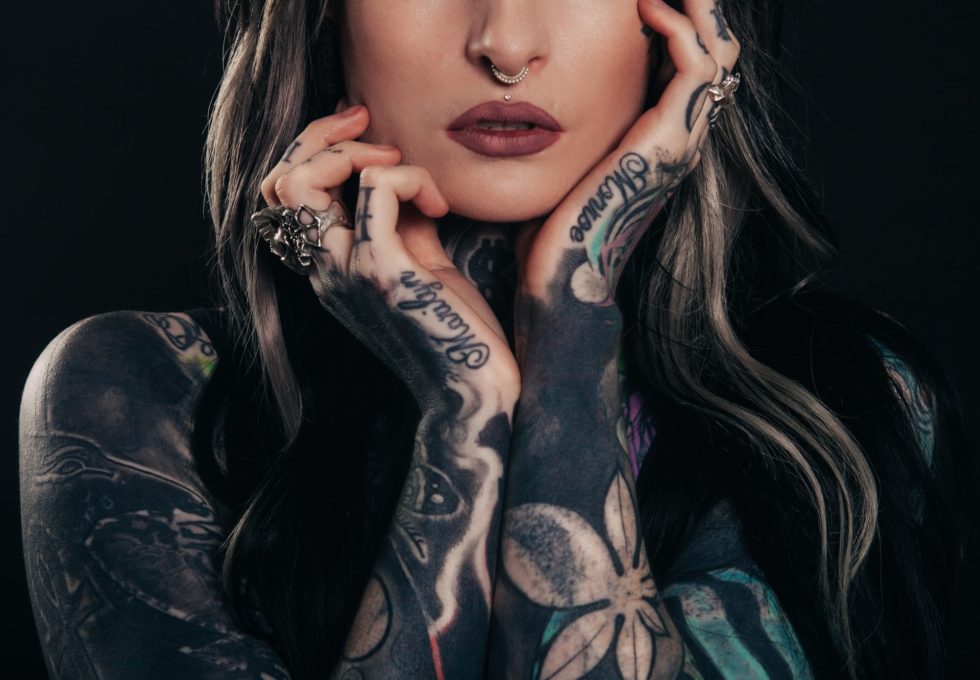 It’s a familiar scenario. You’re out at the bar, ogling a purple-haired hottie covered in tats. Rather than talk to her, you down your drink and head home to pull up suicidegirls.com. Even square guys love alterna-chicks. “Typically, tattooed and pierced women are among the most expressive ladies you’ll ever meet,” says dating expert Thomas Edwards Jr. of The Professional Wingman. “They literally ‘wear their heart on their sleeve.’ ” But if the fine art of picking up the bad girl eludes you, you just need to learn how to approach her. The good news? Your game probably doesn’t need much tweaking. Here are six steps to sex, er, success.

Get Comfortable With Yourself

First, get over the idea that these girls won’t be interested in your non-body-modded self. According to Toni Coleman, a licensed clinical social worker and relationship expert, you might be as exotic to a tattooed and pierced woman as she is to you. “For alternative girls, geeky guys can be an interesting novelty as well.” So stop being ashamed of your Levi’s jeans and college football hoodie. If you’re going to succeed with alt girls, you need to start owning it. As with any other type of woman, your confidence will go a long way toward selling you and sealing the deal.

Go Where They Go 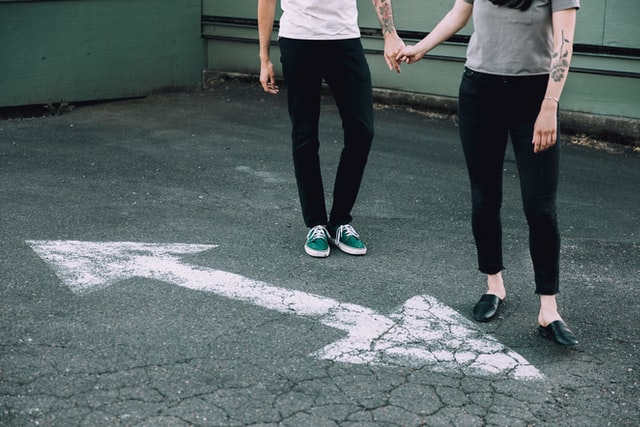 If you want to see the Red Sox, you need to visit Fenway. If you want to score alt girls, you need to visit their haunts. An easy place is the local dive bar, often overrun with punk, goth and hipster girls. Another great hunting ground is clubs, but you have to pick the right ones. Major cities often have club nights revolving around punk and goth. These are no-brainer locations to look for the tatted temptress of your dreams. Googling “goth club” or “punk club” plus the name of your city also works. Comb the local weekly to find out when shows of interest are happening, and look for fliers when you walk down the street. With a minimum of research you’ll find where the alt girls hang in your city.

When you get to that dive bar or club, what do you see? Probably lots of guys resembling female Twilight extras. You aren’t the only one shaking your head. Like many modern women, alt girls prefer a caveman to the archetypal sensitive New Age guy. “They’re confident in and comfortable with themselves,” says Edwards, and you need to be as well. Don’t be afraid to have swag and even a little attitude, but always avoid rudeness or demeaning behavior. “A more direct and assertive approach works with these ladies who like to walk on the edge, and they prefer men who push the envelope as well,” explains Coleman. This includes not asking permission. Make a move when you’re feeling it. The worst that will happen is that she’ll push you away with a laugh. But there’s a good chance that pretty much the opposite will happen. 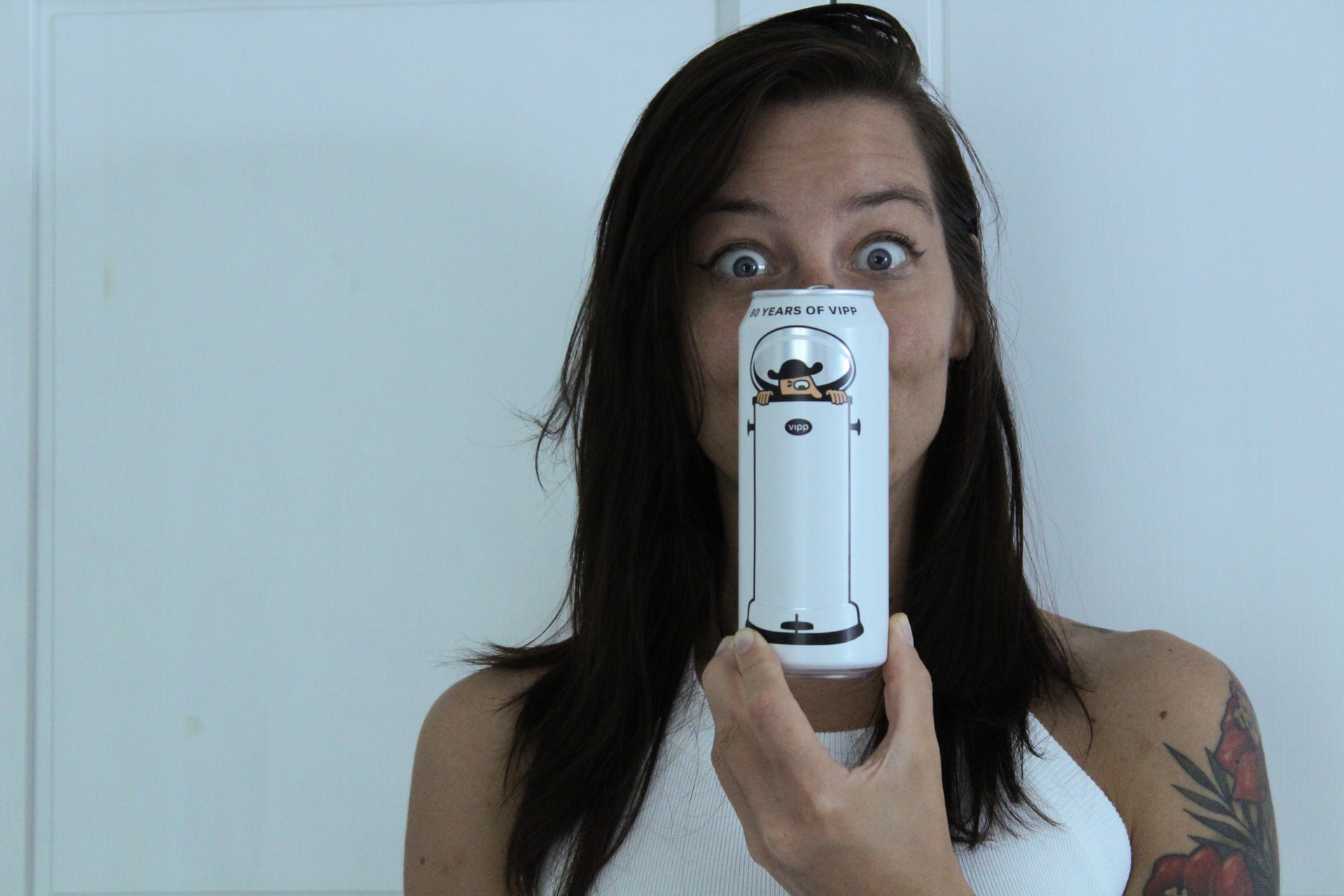 Fewer things will cock block you quicker than posturing. Wearing an Ed Hardy T or one of those shirts with fake tattoo sleeves is going to get you laughed out of the galaxy, not laid. Just be yourself, man. That’s what she’s doing and that’s what she wants from you. “Don’t feign coolness or wildness if it’s not you,” says Coleman. “The girls will appreciate [someone who’s genuine].” What it comes down to is, you’re not as uncool as you think, and she’s not as cool as she might first appear. You and your tattooed lady will almost certainly find some common ground, even if it’s memories of playing Super Mario Kart.

A sense of humor always helps when talking to women, but when you’re coming from a square world, it can make all the difference with edgy babes. “Women with visible tattoos and piercings aren’t the social ‘norm,’ ” notes Edwards. “Their expression shows that edgy, defiant side men find attractive.” Part of this defiance includes their sense of humor, which can often be bold, bawdy and guy-like. Find a few amusing ways to lampoon the girly altboiz trying way too hard around her, and her laugh translates to extra points in your favor.

Scoring with alternative girls isn’t rocket science, reinventing the wheel or any other tired cliché. It’s mostly about being passionate, direct and real. The biggest impediment to your being able to pick up alternative girls probably isn’t that you can’t spit game. More likely, it’s that you aren’t making the effort in the first place. So man up, go talk to the girl in ripped tights and bring yourself something nice home tonight. We’re all counting on you, dude.