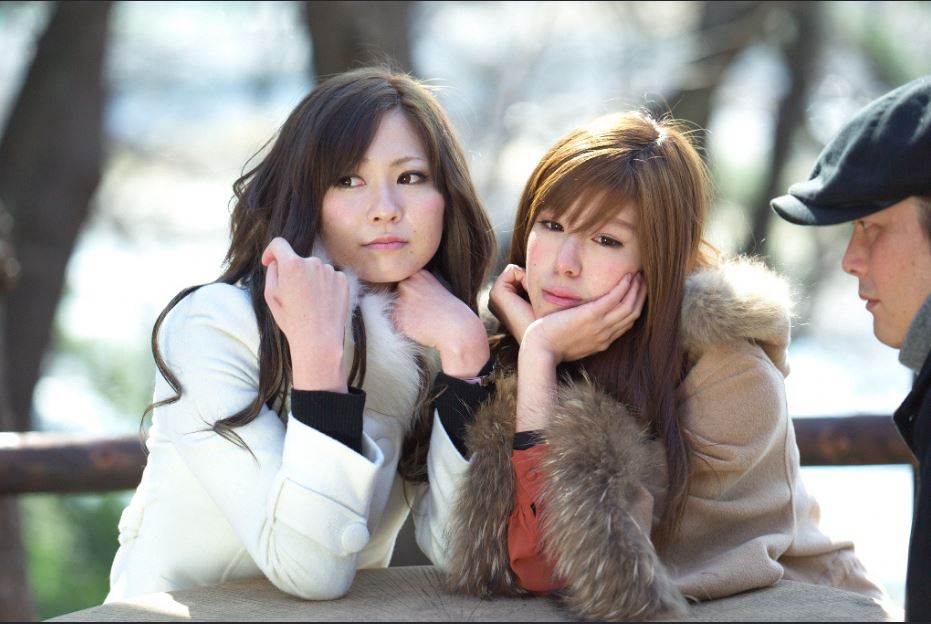 There’s a short brunette with dimples, and we catch eyes. I go for short brunettes with dimples all the time. Short, dimpled brunettes rule. Yet her polished, frosted-blonde friend, clutching a Manhattan, calls to me. I like everything about the brunette, but I ask the blonde out.

A week later, I’m at dinner with Frosted. Turns out, she’s casually racist.

I’ve got this close female friend who always asks me why the hell I chose to approach one girl over another girl when one is clearly better for me in every way and probably wouldn’t deny the Holocaust before she got her entree.

It’s a valid question: All things being equal, why do guys choose one woman over another?

OK, let’s discuss this over a drink. (I’m having bourbon.)

I Want Your DNA

I’m sure that I often unwittingly choose women against my better interest because they look like they’d look great full of my DNA. (Natural selection: not terribly romantic.) I once found myself completely smitten with a girl, despite the fact she said she hated “Arrested Development.” She didn’t find me terribly funny, either. I found her irresistible.

We went out twice. Turns out she hated “The Big Lebowski,” too.

Did I put up with this heretic because she was hot? Or because, unbeknownst to me, some physical characteristic of hers signaled that her people are erotically resistant to some strains of intestinal bacteria? Think of it this way: we all have that friend who’s with someone so exquisitely wrong for him that it feels like he’s inadvertently cast himself in “Wife Swap.” What your friend is probably feeling — that “thing” he can’t quite explain, the reason I passed up the adorable brunette for she-Eichmann — is often a blind, subconscious devotion to carrying on my double-helix.

I’m Scared of You

Most of my decisions regarding women are motivated by two things: gin, and fear. Obviously, hot women are inherently terrifying. But hotness aside, some of you just seem … scarier than others. The way a woman carries herself in public, how much she smiles, laughs, looks around the room … all of it’s rich with signals.

I feel a whole lot more comfortable approaching a girl who looks like she’s having a good time. (Kodiak bears rarely yell “I love this song!” to a group of their friends right before they sever your spinal cord.) I’m not looking for Carrot Top, obviously, but if a girl looks unhappy, I feel like, “Well, I don’t really want to want to hear about her dissatisfaction with Windows 7 and her Crohn’s disease.” Sure, some men see a little chilliness as a challenge. But most guys, like me, assume you’re uninterested or meaner than Ty Cobb.

God. It hurts just to write this, because I’m not an “aggressive” dude, and the guys I know who are make me want to puke a little. But I’m about to tell you that it works the other way around for women (at least initially). When I meet girls, they’re almost always in a group. (Approaching a girl who’s sitting alone feels like a trap that will end with me in a bathtub in Canarsie, missing my pancreas) And when one of the women is gregarious and engaging, I’ll be drawn in, even if I’m more attracted to the quiet one.

Sadly, this phenomenon is based on expediency. I’m not proud of it, but the fact is, I don’t want to work that hard and I’m not willing to risk getting shut down by the girl who I might like more but could possibly not be interested. Some women give off a vibe that says “fun and easy” (emphasis latter) and others, “hard work.”

Frankly, the latter are more attractive to guys, but often we’re not up to the challenge. So aside from being genetically disparate from the types of guys you’re into, I guess, be non-threatening and don’t look like you’d rather be staring at the ocean with a pocket full of heavy rocks.

Unless of course, you’re unmoved by the kind of guy who’s too frightened to go after the girl he really wants. Then by all means, keep being challenging. It’ll teach us to sack up.