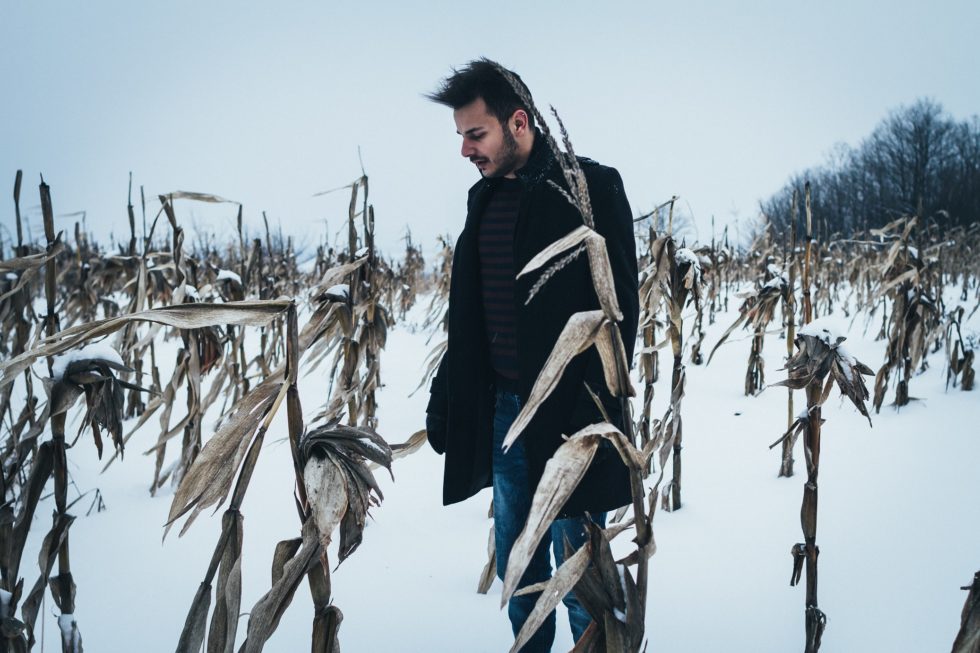 Why don’t you like yourself? That’s the question I ask myself when I’m out taking care of business and I see men display actions that tell me that they not only lack confidence

Men will be talking to a woman and will be doing great, then all of a sudden do something stupid. They will make a negative comment about themselves hoping that the woman they are talking to will disagree with them and instead tell them how great they are. A bad way to seek validation. They see an attractive woman that they like and the first thing they will all do is offer to buy her drinks and give enough comments to even make me want to go curl up and hide in shame.

After a few rounds of drinks instead of getting the woman’s phone number, the guy ends up waiting for her to return after she makes up an excuse to head to the bathroom, promising to return within a few minutes. Instead those few minutes turn into an hour before the poor naive guy realizes she just wasn’t into him and only used him for free drinks. But who could blame her? If someone offered to buy you free drinks all night wouldn’t you take them also? To make matters even worse, these guys don’t even know how to dress right in order to make a good first impression when trying to meet a woman. Old worn out sneakers, holey t-shirts and stained ripped jeans aren’t going to project the image that you’re a quality guy to date to an attractive woman. It says that I haven’t the faintest idea what I’m doing and by dressing like this I basically gave up on life.

These guys have fallen for what I will call “The Image Industry.” For many years, it was women who had to worry about how good they looked in order to attract a man and eventually get married. Women were the biggest democratic market for health club memberships, hair salons, pedicures and plastic surgery. This was a lot of stress for women, because men are visual creatures and only the most attractive women would be asked out by men. Over time, though, things have gradually changed. Women now have their own careers and no longer need men to marry and support them. Over the years, women have become more comfortable with their sexuality and have felt more free to become visual creatures, too. They like when a man takes care of himself, and now it’s the men who are becoming the eye candy. The “Image Industry” has become aware of this and realized that by targeting men they can gain access to 100 percent of the market instead of 50 percent. Now it’s the men who go to the hair salons, the gyms and are starting to get plastic surgery. Men are starting to feel the heat.

I’m all for men taking care of themselves by getting into shape, staying well groomed and dressing more fashionably, but just like they did with women, the “Image Industry” has made men feel bad about themselves if they don’t fit into a certain physical type. The media makes all men believe that if they’re not all six foot four, have a six pack, muscular, have a full set of hair and rich they have no chance of getting a date. Watch any infomercial late at night and they will have some strange machine showing a guy working out with an amazing six pack with women staring in awe. Or a commercial showing a woman running her fingers through a guy’s hair after he regained it from using a special hair growth spray. Just like women have experienced for years, men believe that if they aren’t perfect, nobody will want to date them. This is great for the “Image Industry,” but bad for men. You see the pattern here?

One day while watching television there was this well known matchmaker on a major channel helping this one guy who was a millionaire find a date after being divorced. At first things seemed ok. She had her staff round up a large number of women that she thought would make a great match for this guy, but then things started to take a turn for the worse. When the women entered the room where she was interviewing them the first thing that came out of her mouth was the stupidest question I ever heard in my life. She asked the women if they would date a very short guy and would that be a big problem for them. When the women asked how short she would reply by saying hes only five foot eight and they could refuse the date if they wanted to. Many of the women were ok with the guys height until she made it sound like he was defective. In the end she only ended up finding only a few women to say yes because she made it seem like the guy was a midget when he really wasn’t. Obviously this women didn’t realize that the average guy is between five foot eight and five foot ten. Not all guys can be six foot four, and not all women require guys to be that tall. Otherwise nobody would be dating and the human race would become extinct. Instead of raising this guys confidence after being divorced she was making it sound like he was the bottom of the barrel by saying she can’t put him in a mixer because of his height. Imagine what the guys who had low confidence who was watching the show was thinking also. I’m just amazed that this woman even still has a matchmaker service going and as fas as im concerned should never be hired by anybody. No wonder guys obsess so much over their height.

Perfection Is Your Poison 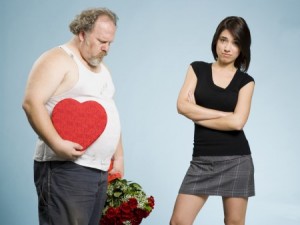 There’s more men than anybody can imagine walking around sad, lonely and depressed. They feel like nobody cares about them and will never truly fall in love with them. These guys will watch dating shows, read dating articles and listen to superficial women talk about what they want a guy to look like physically. They have been listening to the media and dating experts for way too long. Many of these guys are actually good-looking guys and could easily get a date if they would just stop worrying about how they looked for five minutes and talked to an attractive women already. What they fail to realize is that nobody is perfect and everybody has flaws. It is these flaws that make us human and forces us to improve ourselves, which is good – but when it makes us mentally stressed and sad, then it’s a bad thing. We tend to forget that we always judge ourselves a lot harder than others judge us. Just because we see a potential flaw, we tend to think others will instantly see them also. In our mind, if we don’t have every single attractive quality that we hear others talking about, we think we’re not good enough for anyone. Guys and some girls need to realize that everybody has some of the qualities that others find attractive and attraction is based upon preference, not some secret list that we make up in our heads. So get out of your own head and start allowing others to show how they really feel about you. Give yourself a chance!

Stop Worrying About What Others Think

We’ve all seen the shy guy who sits all alone in the corner during social gatherings while everybody else is talking and having a good time. They are usually the guys who never show up with a date and people question whether they’re gay, don’t want to date, or have something against marriage. It’s not because these guys are anti-social or rude people like many people might automatically assume. These guys are just so worried about what others are thinking about them that they just cease up and don’t know how to act when placed in a social setting. Many of these guys while growing up may have been scolded for talking out of turn when an adult was talking or picked on ferociously, causing them to fear being punished for interrupting someone. They fail to realize that they are adults now and there’s no reason to be petrified for talking to another adult or better yet an attractive women. Over time these guys suffer severe depression because nobody talks to them, which in their mind signifies permission to talk. Remember, you’re a man now and as long as you’re not rude to others or cutting them off in mid-sentence, you don’t need permission to talk. You have to put yourself out there socially or you will never make any friends or get any dates. If you were physically abused as a child or neglected than you should go seek the proper help in order to get better and improve your life. Depression and loneliness is like a disease that if not properly treated will keep growing inside of us until it consumes us, and when this happens, we feel dead inside.

Men while growing up spend more time talking about how to meet women than they do dating them or about their favorite sports team. Many never learn the proper social and dating skills, because when a man expresses his feelings or shows his sensitive side, other men will pick on him and call him a wimp. Without the proper social practice, these men aren’t as open and social as they need to be in order to find good jobs, make friends, or meet attractive women they are interested in. When they do try to talk to women, they talk to them like they do their guy friends by asking a lot of boring questions as if it’s an interrogation. Or they will bring up inappropriate topics such as sex. Men make the mistake of thinking that women think like guys and instead ruin any chances of finding a date which can go on for months, even years. After going so long without a date, these guys begin to think that their looks are the problem when in actuality it’s the way they present themselves. If they just didn’t make the whole dating process difficult by assuming what women are always thinking, they would realize that women find them more attractive than they thought. And maybe, just maybe these guys wouldn’t hate themselves so much.