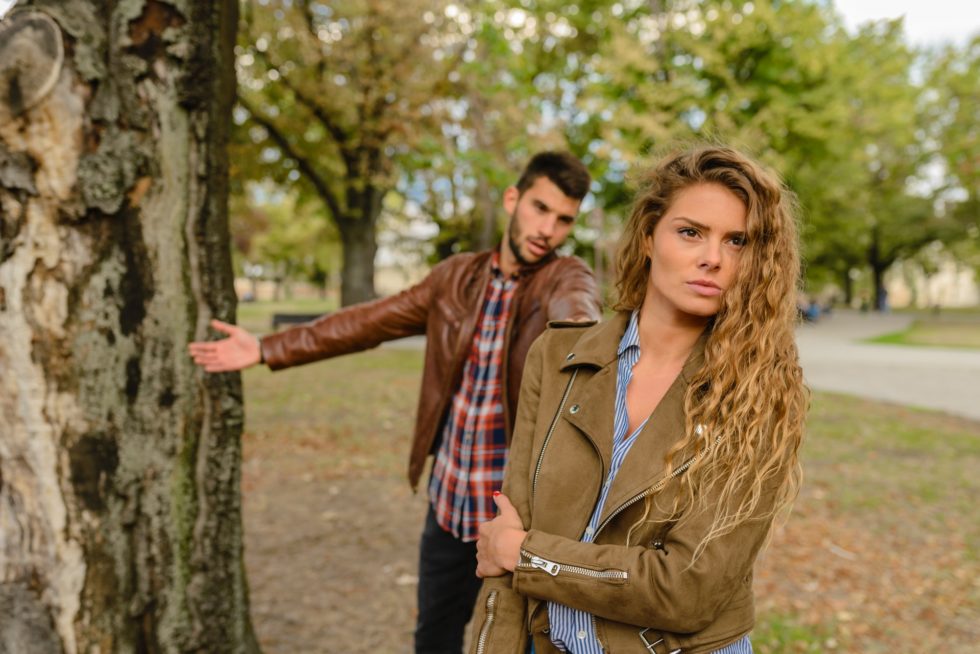 He’s hot, he’s romantic and witty, and his smile could bring a dead baby bird back to life; your new boyfriend is everything you’ve always dreamed of and yet never imagined could possibly exist. Everything in your relationship is picture perfect except the 3rd leg of the tripod: his clingy, needy, nutcase of an ex. How do you cope?

We love talking EX on this site. As you get older the number of parasitic exes just continues to grow; like a fucking cancer. There’s the EX who leaves inside jokes on your boyfriend’s Facebook wall. There’s the EX who calls in the middle of night, drunk, needing a ride because she’s stranded at a creepy biker bar. And let’s not forget the EX who happens to have every possible relationship problem with her new boyfriend and constantly needs to ‘chat’ at the most inopportune times. Mother Fucker. Being with someone who’s still responsive to such a cling machine can cause havoc in your love life. Let’s deal with it.

Understanding WHY Your Man Answers The Cling Call

First of all, let’s assume your dude’s not a douche and that he actually took the time to get over his EX before starting a relationship with you. (Warning: Unless you’ve got irrefutable evidence that proves otherwise, suspicions are usually in your head, psycho.)

Not all relationships end with a positive pregnancy test, a slap in the face, and slashed tires. Sometimes people simply grow apart or become closer friends than lovers. In such cases, a sense of obligation can exist. It’s almost as if to say, “Just because we’re not fucking anymore doesn’t mean I should be a shitty person and not be there for you in a time of need.”

The problem isn’t that your boyfriend gave her a ride home from that one sketch bar that one time. It’s that, like clockwork, every Friday night at 1:57 am, she’s stranded with a guy name Bubba trying to rape her. This means she’s taking advantage of his ‘sense of obligation’ and perhaps even misinterpreting it to mean something more. Surely, he MUST still love me! Look at him come to my rescue!

It’s hard to tell someone you were once romantically involved with to stop calling in times of need, especially if it ended on good terms. It doesn’t mean he loves you any less or that he’s still holding on to the past; it may just mean he’s a good cat and can’t find the words FUCK OFF in his current vocabulary.

What to Do (Cause You Obviously Have to Do Something)

Now that you understand: you’re zen, you’re Buddha, you’re at peace with the situation and no longer have nightmares. But does that mean you’re okay with it? Does that mean that it’s not wrecking havoc in your relationship? This cling affair has got to stop and you’re going to have to do something about it.

…what not to do

…what you need to do

Is talk to your boyfriend. Tell him you’ve been more than understanding and that if there’s an emergency or she really is going through something you won’t be the one to stand in the way but that being at her beck n’ call is hurting your relationship. The best thing to do is be open about how you feel and , as always, ask him how he’d feel if the rolls were reversed. If he’s chicken shit about breaking the news to the clingy EX, help him through it and come up with a sane, kind way together. What’s important is that he gets the message and you retain your dignity.