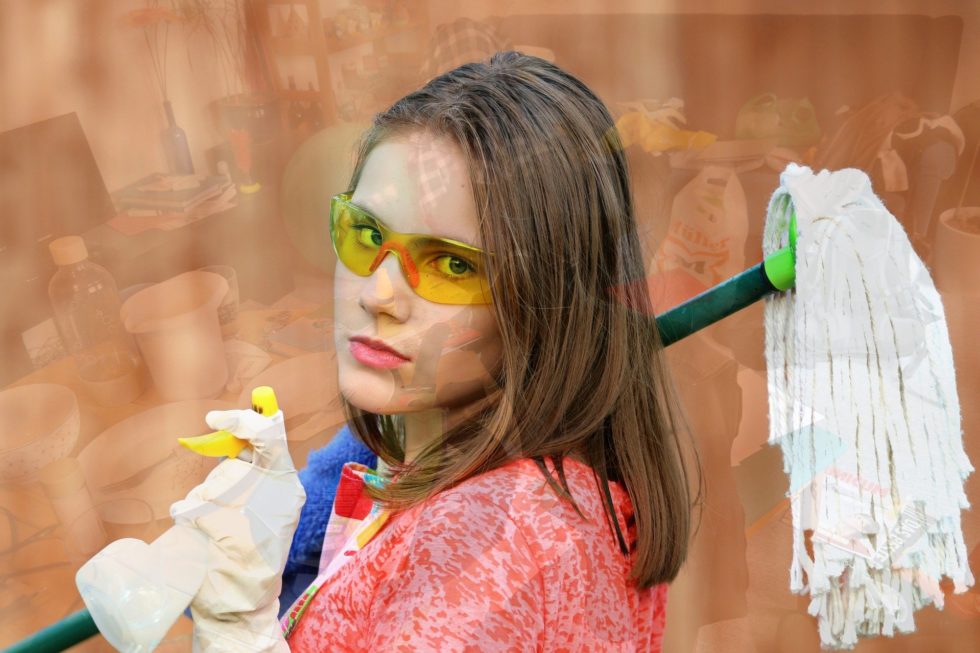 Some women withhold sex when they are angry. I withheld cleaning.I want to be like other writers, many of whom neurotically clean their homes as a form of procrastination. “How can I even think of working with this crap everywhere?!” they say, along with the notion that “I’ll be better able to focus if my space is neat and clean. “At least they, after two hours with broom and mop, can feel good: they accomplished something. Then there’s me. While in procrastination mode, I am far more likely to sail through a Simpsons marathon or a nice long nap. Doh!I want to be like the others among us, who claim to enjoy cleaning for its “therapeutic” effects.

My sister is one such specimen. She espouses a philosophy akin to this, “After a rough day dealing with other peoples incompetencies, and crap that is way out of my control, I can go home and spend time on one thing I can control that makes me feel productive, organized, and even fresh: I clean.”Pshh. My sister. She Windexes, Tilexes, and Swiffers her way to happiness like some kind of modern day Snow White. “Whistle while you work.” Oh, how I wish I were so cheerfully inclined to perform such acts of immaculate cleanliness. Instead, I approach cleaning as a drudgery, with dread, and a gnawing resentfulness leftover from my childhood days.