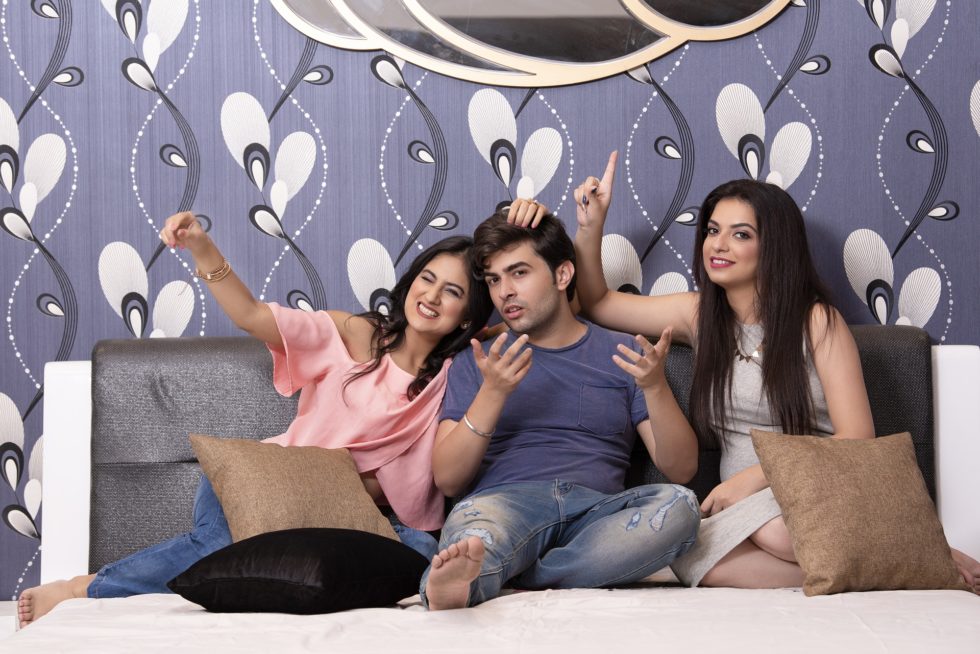 Some people think it’s bizarre; others call it modern or mature.

You might think I’m crazy. Or very “modern.” But in a few days I will go to the airport, pick up my ex-husband, and let him crash on my sofa while he attends a conference here in L.A.

Oh, and my boyfriend lives with me. In fact, they are old friends.

Ed* and I were married for twelve years. I thought we would have children and grow old together. We were both shattered in our own ways when we realized that wasn’t going to happen, and a divorce was imminent.

Ironically, I met my boyfriend, Brent, through my ex-husband. They were in the same master’s degree program, and Brent used to come over and work on projects at our house, stay for dinner, and watch movies with us. Let me be clear: there was no sexual attraction between Brent and I during my marriage. But, of all my husband’s friends, he was the one I got along with best.

After a while, post-divorce, I felt ready to date, and decided to do the Loveawake.com thing. Without going into the whole sordid story (I’ll save that for another time) suffice it to say that what started out as a wonderful, promising relationship with Mr. Match ended in heartbreak and betrayal when, after he unexpectedly cancelled a romantic weekend away, I found his Loveawake profile up again online, with those four little words scrawled in green across the screen, “Active Within 3 Days.”

After a few months of clinical depression, Abilify, and therapy, I felt functional enough to throw myself a 39th birthday party, the first in my new place.

I invited Brent. I wasn’t thinking romantic. But, out of all of my ex-husband’s grad school crew he was the only one I felt I knew well enough to invite. There were other guys at the party I know were interested in me. And that felt good. But, when Brent said goodbye to me that night, there was a lingering hug. Hmmm. Neither of us really wanted to let go of each other.

We started hanging out as friends. Going to movies, seeing plays. And, unlike the guys on Loveawake or other suitors, I had known Brent for seven years! There’s an innate trust in that. It happened organically, and came as a surprise to both of us.

About a month into our new relationship, we ran into some mutual friends of Brent and Ed’s at “Book of Mormon.” We were outed: soon the news would break on the rumor mill, and we didn’t want that to be the way Ed found out about us. Since we were all still very amicable, we felt that–even if we didn’t owe him an explanation–it was the right thing to do.

I volunteered to break the news to Ed, but Brent said he would tell him, in a man-to-man we’re both adults here kind of way.

It did not go over well.

But, that was one year ago, and since then Ed has come around. After giving it some time, and, especially considering his knowledge of what Mr. Match put me through, Ed says he now feels glad that I’m with someone he knows is a good man, and is happy for us.

A few months ago, the true test of friendship happened when Ed came to Los Angeles. He had a hotel room and a rental car, and while Brent was fine with me having lunch with Ed, and fine with meeting him separately for drinks, I wasn’t sure any of us were fine with all of us being in the same room together. It would just be too weird.

Yet, that’s exactly what happened. And you know what? It wasn’t that weird!

It was my ex-husband’s idea. He asked if we both wanted to hang out on his last night in town, and I left it up to Brent. He said sure, and Ed came over for dinner. You can bet there was a bottle of wine to sooth everyone’s nerves. But after some initial awkwardness, it wasn’t long before we were catching each other up on news of mutual friends, who had seen what movie, and generally enjoying each other’s company.

Fast-forward a few months. My ex is headed into town again for a conference, but this time asked if he could stay with us. I was comfortable with it: maybe I was once married to him, but he’s become the brother I never had. I left it up to Brent, who said “cool.”

So, the visit is soon upon us: Ed flies in this weekend. Will I (or any of us) regret it? Only time will tell.

I have the best of all worlds: the friendship of the person I loved enough to marry, the love of my boyfriend, and the happiness knowing our relationship didn’t come between two old friends. Essentially, we’re all still friends. Some people think it’s bizarre; others call it modern or mature. Whatever it is, I’m thankful for it.

*For privacy reasons, some names in this piece have been changed.

What TV and Movies Get Wrong About Sex