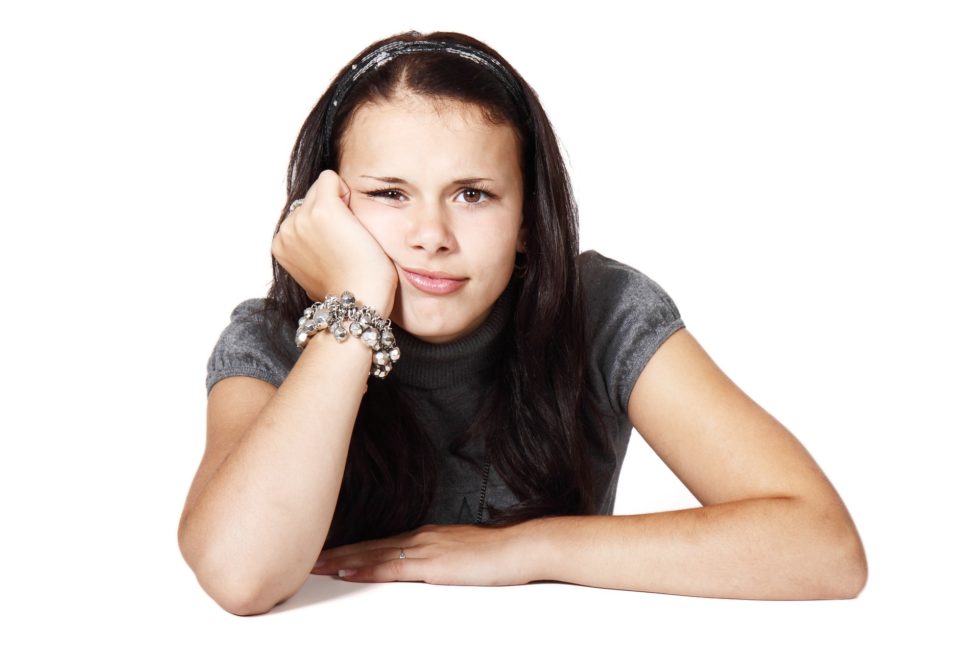 One of the most important skills men can develop is the ability to identify the signs a girl doesn’t like you.

In fact, knowing the obvious signs a girl doesn’t like you can make finding a really great woman so much more simple.

A lot of times, it’s a whole lot easier than trying to wade through the conflicting signs that she might like you.

Lots of girls who know all the signs to give to make a guy think she likes him.

And lots of girls will use that information to string guys along for free drinks, meals, dates, attention, even marriage (setting her up to take half your assets) from unsuspecting guys.

Those guys are totally setting themselves up for a fall when they’re only looking for the signs she liked him while ignoring all the obvious red flags that she really wasn’t interested in much more than his wallet or the self-esteem boost from getting free attention from a guy.

We’re only giving you 3 signs a girl doesn’t like you in this article simply because these three signs are so huge.

Well, talking to over 10,000 women in the past year while statistically measuring results and analyzing pattern was a big part.

That’s why I urge you to read this article AND then test it out using your own experience.

Signs A Girl Doesn’t Like You #1: She Won’t Talk

One of the first signs a girl doesn’t like you is she doesn’t talk to you. Seems obvious, but there’s some men’s dating advice out there that insists guys have to ‘plow’ and ‘break through’ her resistance or bitch shield before they can ‘turn around’ the interaction. We posit that that is complete and utter BS. And we have the stats to prove it. Why put yourself through that unnecessary headache?

Bottom-line: A girl ignoring you when you greet her or staying silent as you attempt to have a conversation (conversations require two people) is her way of saying that she’s not interested… And that’s great news!

Now we can turn around and go find an even hotter woman with better taste in men (us) to stop and talk to us!

The next sign a girl doesn’t like you is if her attention is focused elsewhere while talking to you.

This includes wandering eyes, facing away from you, or responding curtly to any questions you ask. She’s not giving you her attention. And to women, giving and receiving attention is one of the key ways they interact with the external world.

If she’s not giving you her attention, simply smile, wish her a nice day and go off to go find a girl who’s actually into you.

The last of the signs a girl doesn’t like you that I’ll talk about today is that she doesn’t give you basic information about herself when you ask.

Particularly, we’re interested in whether or not she’ll tell you her name when asked. If she’s not comfortable or attracted enough to tell you her name right off the bat, then you’re in for a long, hard, grueling, stress-filled, unhappy, soul-crushing, uphill battle. And it won’t change. Even if you are able to “get her” you’ll be forever stuck chasing her (the uphill battle) until she finally leaves you for a guy who she actually likes, either now, or after you’re married and she has legal possession over half your stuff.

That is simply NOT the way we envision dating and relating. We want all of our guys to have happy, fun, relaxing times with cool, sexy women who are totally into them.

Best to start off on the right foot – that means looking for these signs she isn’t into you and walking away if she’s not.

What do you do when you recognize the signs a girl doesn’t like you?

Well, after making sure there is no mutual interest , simply let her go and go talk to the next beautiful woman you see.

Every moment you spend banging your head against the wall trying to squeeze blood from a rock by talking to a girl who doesn’t like you is a moment that could have been spent looking for the girl of your dreams.

Stop playing the dancing monkey role, there are other women, usually hotter, who WILL stop and talk, be friendly, pay attention and will happily tell you their names when asked because they like you right from the beginning? It’s just not worth it in terms of time, money, stress and especially results.

It’s far more efficient and easy on the soul to simply let girls who don’t like you go while moving on to the next hot one you see with momentum and a smile.