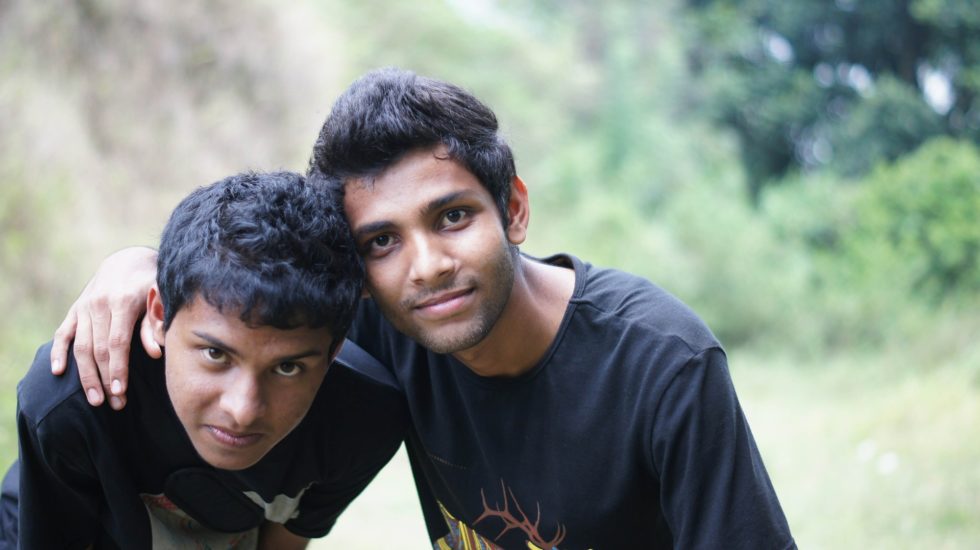 A friend isn’t someone you have an occasional drink with or the neighbor you chat to bi-weekly. He isn’t that guy you stopped talking to after graduating, moving away or changing jobs.

A friend is someone who lends you money, picks you up from the airport at 4 A.M. and blows off everything to help when you need him most. (Even if you haven’t talked in 3 months.)

He’s someone you can share anything with and always count on.

Most guys I meet have nobody like that in their lives. They have pals and buddies; disposable companions. That’s a shame, but like attracts like: if you want to have real friends, start by being one yourself.

You can’t be close to someone who isn’t interested in your life. Always stay on top of what’s going on with your friends; it doesn’t matter if you call, text or e-mail. Caring is the single most important thing you can do.

Always stay true to yourself. Don’t put on a mask to fit in or win someone over; people can tell. The real you will come out eventually, so why not act genuine from the get-go?

The same applies in the long run. It’s not very macho for men to discuss their feelings, but if something is on your mind – share it. Be open and honest about things that bother you to resolve them quickly.

Everyone has things they will and will not do. I, for example, will not hang out with people who don’t wear pants. That’s a personal boundary; people who overstep it make me uncomfortable.

The same is true for everyone else: we expect people to act within certain limits. If you fail to respect those limits, you’ll be putting other people on edge just by being around – not a good thing.

This works both ways – always set and enforce your own boundaries so you feel comfortable.

4 – Be Direct About What You Want

Men suck at mind reading and will never figure out that you really need something. If you want something from a guy friend, be direct.

5 – Around Company, Your Friend is Always Awesome

You might bust each other’s balls in private, but out in public a friend is perfect. If you’re on a double date and he makes an outrageous, extravagant claim, guess what? His statement is now fact. Booya!

Remember – you either look good or bad together to the outside world. Try to undermine your partner by disagreeing with, mocking or doubting him, and you’ll tool yourself too.

It’s your duty to make each other look as good as possible. Even if you’re pissed at a friend, save the drama for later. Two grown men bickering in public is just sad.

Nothing demonstrates character like putting yourself second once in a while. Don’t hesitate to make a small sacrifice to help someone get what they really want.

So yes: you have to go on that double date if that’s the only shot your friend has with his dream girl.

Nothing’s worse than a guy who ditches his social group for a girl. Sure, you won’t be around as much if you’re seeing someone; that’s normal. What’s not normal is “dumping” your friends completely when you’re in a relationship.

Women might come and go, but your boys will always have your back: make sure you have theirs.

The people you’re closest to can hurt you easily. Just remember that nobody’s perfect; we all screw up. Some of the things my best friends and I have said to each other in anger were pretty rough.

But at the end of the day, you have to overlook the petty things, forgive and move on. You can’t be close to someone you’re secretly furious at.

A bond between two guys is an amazing thing, but you still have to make the big decisions for yourself. Never forget to be your own man: make your own career, lifestyle and relationship choices. Don’t let anyone else direct your life.

Never turn to rudeness, even if you disagree with a friend’s opinion, actions or words. Men are hardwired to react to disrespect; whether your friend decides to punch you or never talk to you again, there’s never a happy ending.