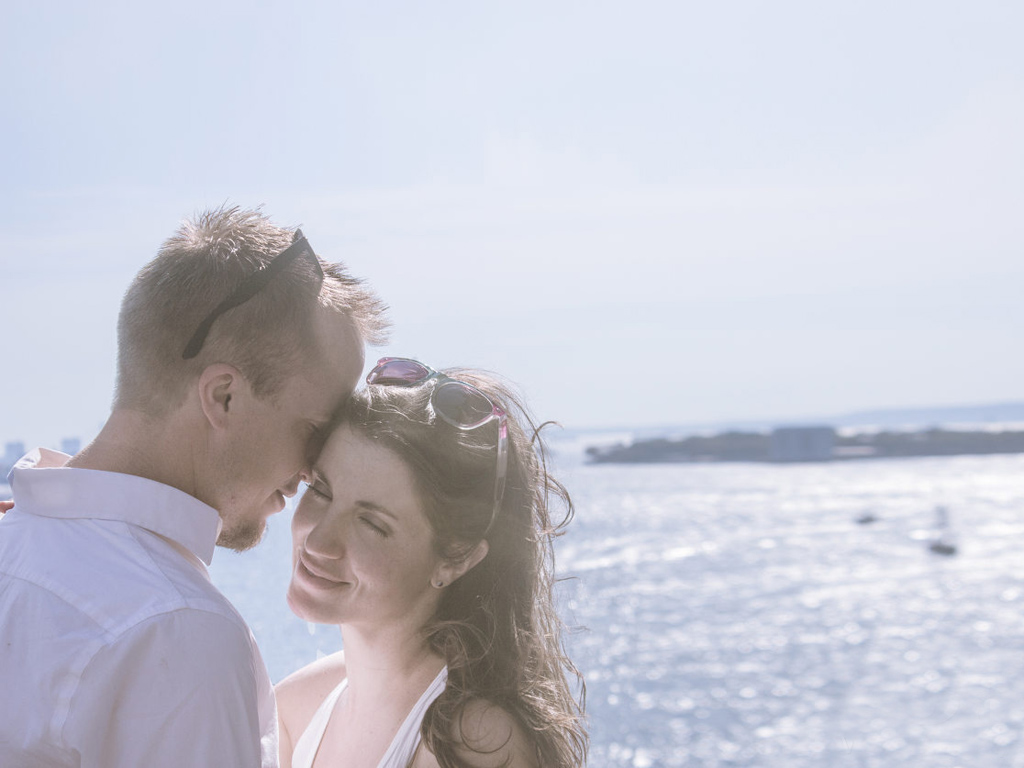 “So, what do you do?” asks the cute guy across the bar from me.

I flash him a winning smile but internally cringe. For most people this would be an innocuous question. For me, it’s always a loaded one. At least when it comes to dating.

I actually have a great job. I’ve written literally hundreds of articles and two books on the subject of love. But try telling the guy you’re seeing — or even just flirting with — that you’re a “dating and relationship expert” and it’s enough to make even the most persistent guy blanch.

I usually respond with something vague like “I’m a writer,” but if there’s any interest beyond that and the guy isn’t a total social moron, he’ll eventually ask what I write about. That’s when it typically gets interesting. He might really like the look of my legs in the miniskirt, but it probably won’t override his panic when he discovers that my first book was called “The Real Reasons Men Commit: Why He Will — or Won’t — Love, Honor and Marry You.”

The truth? Ummm … I’m not making a mad dash for the altar either here, people.

The irony is that I’m not sitting there analyzing the guy and thinking, Wow, I’m going to put this guy into Chapter 10. More likely I’m simply trying to decide if I think he’s hot enough to want to kiss madly and passionately after a cocktail or two.

And even if he doesn’t think he’s being scrutinized, he usually assumes that I’m a man-basher. (Au contraire. If you read my books you’ll see they’re very balanced, researched and psychologically based.) And if we’re still speaking at that point, he then decides I’m trying to get him to marry me.

Why ‘The Gauntlet’ Actually Works

While I’m armed with an arsenal of knowledge about dating, relating and men, I am still looking for my own someone special. I just haven’t found him yet. So, yeah, I guess any man who dates me is taking a risk that he could become fodder for future musings on my part. That’s life … or, at least, that’s my life.

But my own Prince Charming will realize that I’m worth the risk. I’m not frantically looking for just any man who is willing to date the dating expert. If anything, it may make me a little more selective. I know what I like. I know what I want. I spend an inordinate amount of time discussing relationships with people. I see what works, I see what doesn’t and I know what I crave physically, mentally, emotionally.

Wouldn’t it be sad if the dating expert lost her ability to be a hopeless romantic? I think so. So, even with this latest wrinkle in my dating life, I haven’t stopped dreaming that my very own Prince Charming is still out there looking for me and that he’ll be completely undaunted at the prospect of showing up in something I write because he knows it will only be in a positive light. In other words, my Mr. Right is handsome, smart, athletic and intrigued by what I do — not panicked.

And if a guy really captures my fancy, I can always throw out the name of my second book: “Sex Comes First: 15 Ways to Save Your Relationship Without Leaving Your Bedroom.” That may not hook me Mr. Right, but chances are he’ll ask if I need help with more research. If he’s really lucky, he might end up in Chapter 10.

Kimberly Dawn Neumann writes about love and relationships for Loveawake and is the author of “The Real Reasons Men Commit: Why He Will — or Won’t — Love, Honor and Marry You” and “Sex Comes First: 15 Ways to Help Your Relationship – Without Leaving Your Bedroom.”