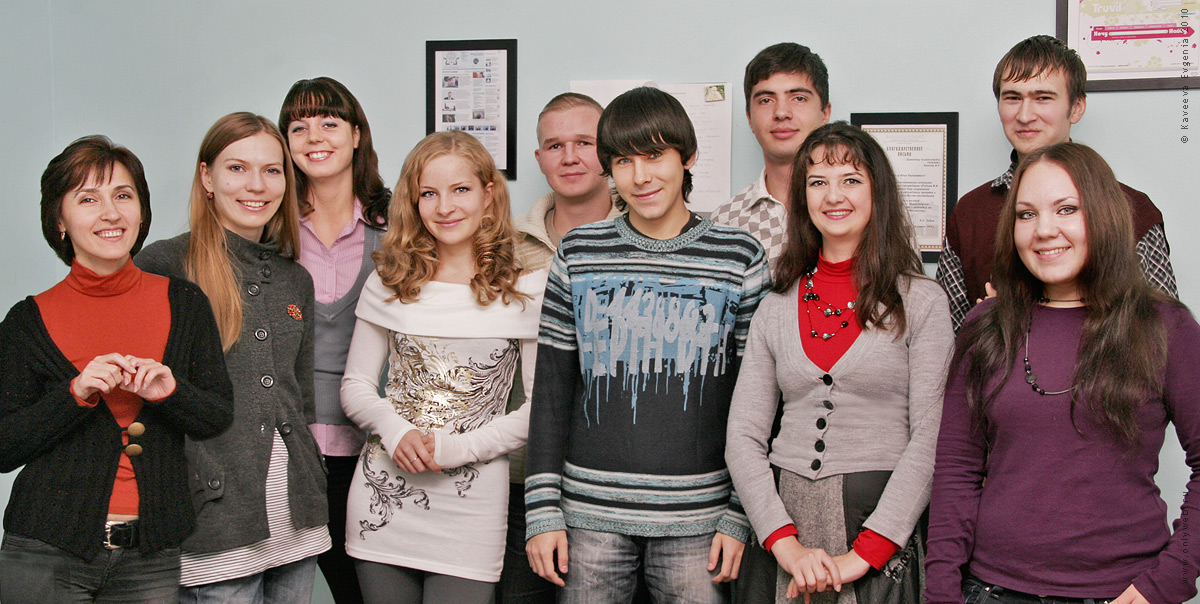 Here at Loveawake, we always thought it was a good idea to make nice at the office.

You know, bring cupcakes, trade Excel tips freely, and babysit your co-worker’s lucky bamboo while she’s stuck at yet another wedding. Heck, here we’re even each other’s calorie keepers: Erin has to ask Julieanne every time she wants to indulge in her personal Kryptonite — peanut butter — on a bad day.

But now our friends at CareerBuilder say you should be wary of whom you befriend in the officeplace. While yes, a little congeniality with the right people can help your cause (and your career), there are downsides to getting cozy with you-know-who in the next cube. 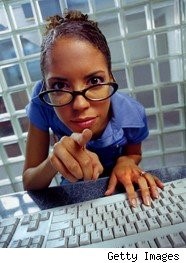 “Who you associate yourself with in the workplace will also affect how your superiors and co-workers perceive you,” Helen Cooke, owner of Cooke Consulting, told CareerBuilder. “We’re all judged by the company we keep, for better or worse.”

All too true. Once we stopped making lanyards long enough to think about it, we realized that there are certain, shall we say, less collegial “colleagues” we do try to give a wide berth. In no particular order of malevolence:

Maybe she’s a younger sibling, maybe she just needs attention, but she loves to point out things you’ve done wrong — and not just to you. Note: Don’t confuse this with the “straight talk” co-worker. She’s the one who will sidle over, point out something that’s amiss, then go back to her own damn business. To her, we’re grateful. The tattletale, on the other hand, has H.R. on speed dial and a regrettable habit of faux memory loss in front of your boss: “Ohhh, I thought Susie toooold you she didn’t get to the report because she had to leave early for her haircut,” she’ll trill, beady eyes gleaming. Trust us, while all of your superiors might think she smells like roses, we can spot a minx in cheap perfume at 20 paces from the coffeemaker. 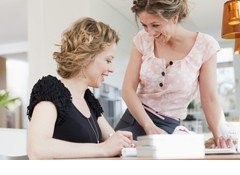 First she’ll ask to borrow your stapler. Then, before you know it, she’s IMing you about your horoscope sign, relationship status and where you want to share a summer house. The New Best Friend, while sweet, is also dangerous in that she’s a classic case of Too Much, Too Soon. This is the type you dismiss at a party with an “Oh, excuse me, where’s the loo?” so why would you risk your reputation with her scary brand of boundary-blurring at work?

Generally skinnier than your average gazelle, she’s never without a box of doughnuts. Or Thin Mints. The thing about the feeder is, while she’ll ply you with goodies, she, herself, rarely partakes. And while her food-pushing won’t have deleterious effects on your career — rather, the sugar rush might even make you more productive — she can kill a diet. She also has her own secret ambition: “[Feeders] like to see others eating, because it reinforces their own sense of mastery and self-will,” Susan Ringwood, chief executive of the eating disorders charity Beat.

This office Jezebel takes many forms — from the eyelash-batting assistant to the creepy cougar boss — but one thing never changes: She prefers men to women. While her tendency to hold court like a geisha is just plain annoying, the real reason we steer clear of this flirt-o-matic is slightly more sinister. She thrives on male attention, which means any woman on her turf is seen as competition. Tiresome, and so seventh grade, we know, but not only will she try to hair toss her way to the top, she’ll trip you on your way up, too. Strategy: Compliment her many pencil skirts and make like a nun around her office husband. 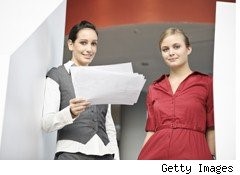 While it’s easy to believe that things like “A Bug’s Life” and “Antz” appearing on Earth at the exact same time are a curious case of morphic resonance, savvy career girls know better. Especially if you’ve ever had the pleasure of toiling alongside an idea thief. Her tell-tale markings: wide eyes and sticky fingers. She’s not averse to peering at your Post-Its, or leafing through your notebook after you’ve blithely left for the night. Of course, ideas are ideas, and you’ll always have more, but the what-just-happened!? feeling she leaves you with is worse than any hangover. Besides, paranoia isn’t pretty.

Nobody is immune to the siren song of office gossip (and if you are, please excuse us for wearing our sunglasses indoors, but your halo is blinding us). Just bear in mind that the girl who’s pinging you jokes about the receptionist’s hangover is probably not going to be very discreet when you confess that your emails with a cute vendor have taken a turn for the flirty. Bottom line: Play it close to the vest with your local office dirt-disher, lest ye be dished upon to the wrong manager.

Sure, complaining about work can be downright therapeutic, but there are limits. (Just ask all your loved ones who are sick of hearing about the terrible scourge of fridge overcrowding.) A co-worker who thinks of her cube as a Siberian prison camp is a perk when you need to commiserate about the occasional office inanity, but she’s generally not the greatest person to align yourself with. Not only may your superiors automatically lump you into Camp Bad Attitude, you’ll probably end up picking up her misery by osmosis.

Whether she’s organizing an office canned-goods drive for shelter dogs or guilting you into hitting after-work birthday drinks for the I.T. guy you’ve never met, the office do-gooder can be as detrimental to your morale as the Black Cloud. She’s enthusiastic about EVERYTHING (as evidenced by her constant, emoticon-filled reply-all emails), which often makes you wonder what the hell she’s so happy about. Be polite to this walking ice-cream cake, but don’t get too close, or you’ll end up co-chairing every silly H.R. committee she’s on (which is every single one). 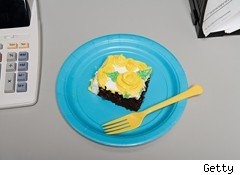 This is the co-worker who’s all “fat talk” all the time. She never partakes in birthday cake because she still “soooooo full” from lunch (spinach salad, no dressing). But the truth is, she’s rarely full of anything except helpful advice about how the rest of you can lose weight. (“Try eating five small meals a day!”) She knows the calorie count of pretty much every food and will happily tell you how long it’s going to take you to burn off your afternoon snack at the gym … where’s she’s already been today, incidentally. Twice.

Sure, the token lunatic can make great fodder for happy hour gossip and the anonymous blog you keep about your madcap office. But the weird, old sweater-set lady who hands out creepy religious tracts or the disgruntled guy who rambles about his hacker friend who could take down the whole company with a simple computer virus are genuinely to be avoided. You don’t want to get on the bad side of an unstable co-worker, obvs, but you also don’t want them to think of you as a partner in crazy. Keep them at arm’s length. Like, Shaq’s arm’s length.