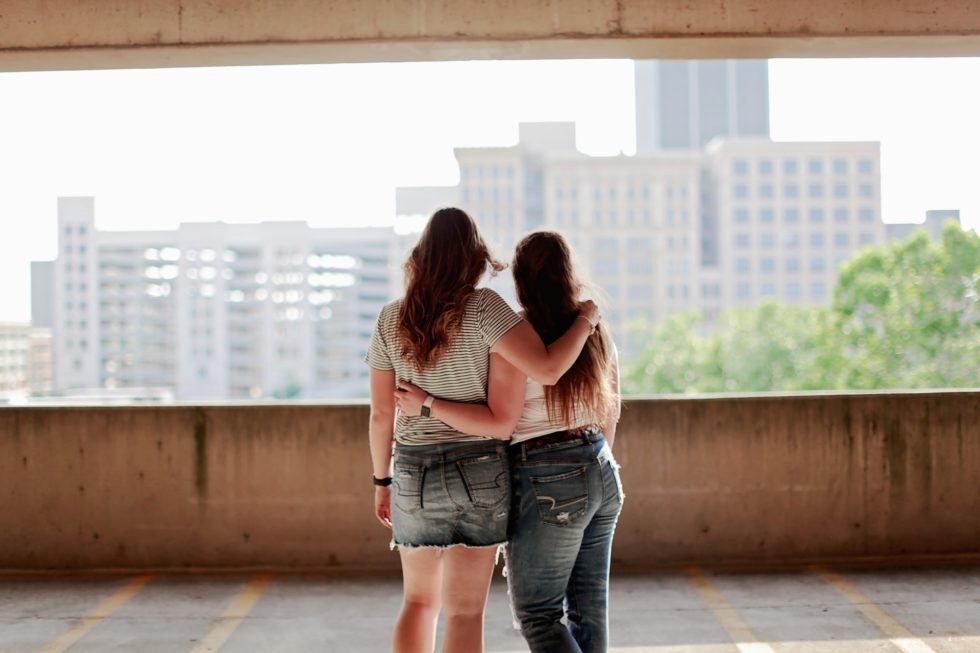 Making new girlfriends isn’t the easiest thing in the world these days. Once you finish school and get out in the real world, everyone starts going their separate ways; getting married, buying a house, and starting a family. As independent as we are, every chick still needs someone to vent to, a shoulder to cry on, and a partner in crime. It’s important to see things clearly when you are in a blossoming friendship and notice any red flags .

Red flags in the beginning of a friendship can indicate that a person may not be worth your time or energy and help you prevent having to break up with them down the line. So keep your eyes open and your head clear as you get to know that new girl from the gym and keep these common warning signs in mind.

She acts totally different around other people

Did you ever watch a girl take on a whole new persona the second she’s in a group setting?  She stops acting buddy-buddy with you, she jokingly picks on you, and sometimes she even lies to make herself look better. Those are all signs of someone who isn’t being genuine and the problem is, how do you know which side of her is genuine?  A true girlfriend should be the same in public as she is when you’re alone. If you notice she’s always switching personas, it may be best to start backing away because in the end you need to look out for yourself and your own feelings!

Others don’t have many nice things to say about her

When someone tells you to “be careful” when you start hanging out with a new girl, make sure you ask why. Personally, I have had to give a heads up to several people in my life that the person they were spending time with isn’t someone that can be trusted.  Reputations can speak a lot about a person, especially when multiple sources tell you the same thing. So if you hear more than once that your new amiga flirts with everyone’s boyfriend, maybe you should reconsider how close you actually become with her.

She gets jealous and overprotective

We are all big girls now so there’s no sense in being jealous because “your” BFF has other friends and even refers to them as “her” BFFs. Every friendship brings something different and it’s unhealthy to be the ONLY focus in someone’s life. So if your new bestie begins knocking your other friends or getting annoyed when you make plans with them, it’s time to start distancing yourself. Not only is that a toxic sign in a friendship, but it can affect your other relationships especially if you actually start feeling guilty spending time with anyone other than her.

She gossips about everyone and everything

If someone gossips to you, chances are they gossip about you as well. You may have heard that line before, but it’s true! There’s a big difference between venting and gossiping.  It’s normal for friends to complain about the new girl that works in their boyfriend’s office, or have a bitch-fest about their future in-laws, but when it comes to senseless gossip…be warned! A girl that constantly critiques and degrades other women behind their back is certainly not a respectable woman. If you find your new pal making fun of another persons body, clothes, or personality traits, here’s your sign…she will eventually do that behind your back as well. And chances are, she probably has had numerous short-lived friendships in her past because of this unattractive quality.

She appears to be a loner

There is nothing wrong with being independent, but if you notice that this chick doesn’t interact with anyone or have any acquaintances in her life, it may indicate that she’s not very likeable. If you’re a badass chick, it shouldn’t be hard to have a friend or two at work, a couple classmates you chat with from time to time, or people interacting with you on social media. So, if this girl seems like a total loner, start to analyze what about her may deter people, and then trust your instincts. If all she does is talk about herself and use you for favors, obviously you can see why no one else stuck around.

When I was in my early 20’s I enjoyed running errands with girlfriends, but as I got older and life became much busier, and I was able to get things accomplished on my own. Yet, I still know of women that won’t even go to the grocery store, let alone the gym, without someone else. So if she’s always asking you to hang out or go somewhere with her, she could be dependent on the company of others. Furthermore, she may not have a life of her own and just needs someone to fill the void of loneliness inside, which we all know can only be filled by ourselves. A healthy friendship should be equal in the sense that you can both spend time without each other, but when you do hang out, it’s quality-bonding time. Don’t let her sucker you into going everywhere because not only will you start to lose your alone time, but you may neglect your other friendships.

If you do come across a gal pal that throws out these red flags, start distancing yourself immediately.  Become unavailable, make plans with others, and whatever you do, don’t start feeling guilty. You need to put yourself first and always know when to cut ties and rid yourself of toxic relationships.

And remember, your other friends are always there to protect you so embrace that by sticking with your true homies, even if you don’t see them as often as you did when you were growing up. True friends are like money…. Wouldn’t you rather have 4 quarters than 100 pennies?

Come across any of these red flags in a friendship? Share your stories below!