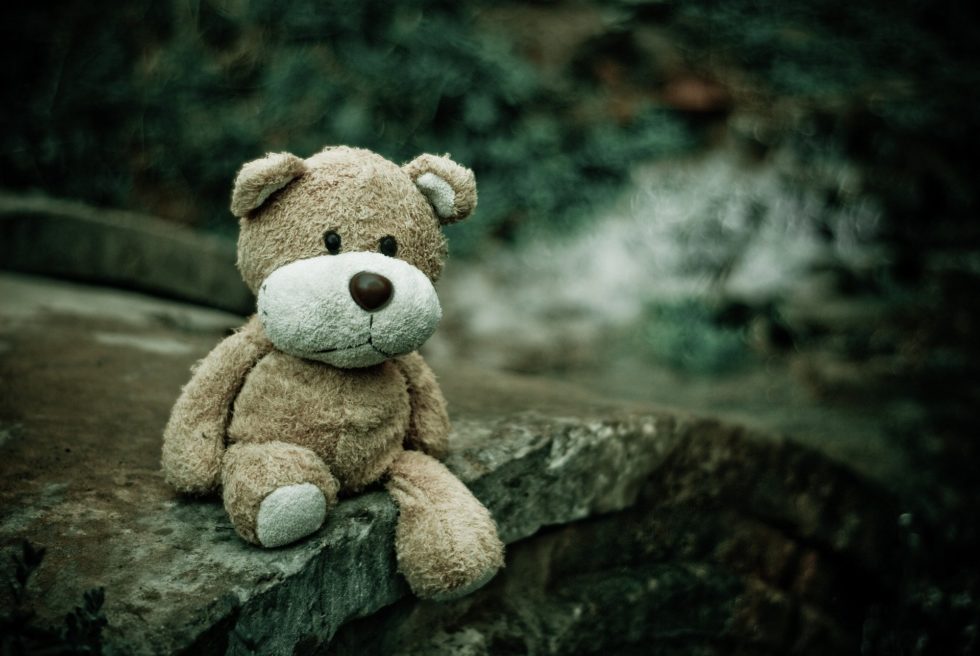 I have a playlist on my phone labeled “Story of My Life.” Included on this list are songs that I’ve always found to encapsulate various tipping points in my life. One of these songs is “Being Alive” from the Stephen Sondheim musical Company. The musical follows Bobby, a life- long bachelor in his mid-thirties, and his married friends. Bobby struggles with deciding what it is he wants for himself in terms of love and commitment. While at his surprise birthday party, and after the constant pressure from his friends to settle down, Bobby has an epiphany.  He sits at the piano and begins to explain to his friends, through song, why he’s so ambivalent about love. As he lists his excuses for why he continues to bounce from woman to woman, his friends chime in with their rebuttals.

You’ve got so many reasons for not being with someone, but Robert you haven’t got one good reason for being alone.

My father died unexpectedly when I was 43. As I walked off the grass at the cemetery I told myself that this was it. Now I was truly on my own. My Dad was one of the two male constants in my life. The other was a close friend from college. I’m not sure if it’s a good thing or bad thing that I was sated by such limited attention. The youngest of five daughters, I never knew what it meant to be a priority. Up until just a few years ago I’m not even sure I understood that need.  My sisters were all much older than me, and my mother got sick when I was 3. She died when I was 7. Much of my time as a child was spent reading or trying to invent new toys or playing with friends at their house. I was always sort of independent and emotionally self-sufficient.

I moved to Manhattan at 22 years old, not knowing a soul. At 23 I found my first apartment. I have lived alone since then. Want to know a secret? I like it. That’s as good a reason as any to be single. Sometimes I wonder if some people truly want a partnership or if they just want attention or someone by their side to validate their life and choices.

If you ask me, I think many of us long to be a part of the Couple Club, regardless of how vehemently we deny it. I’ve found myself looking at a Facebook status update announcing an engagement and, for a brief moment, wishing it was mine. It wasn’t the engagement I longed for. It was the moment in the spotlight that I momentarily craved. That’s not a good enough reason to settle down. Neither is the fear of being alone.

My father ended up marrying my step-mother when I was 10. At 86, my father elected to have a surgery that he hoped would help him make it to 90. He chose the surgery because my step-mother’s health had been greatly compromised due to scleroderma. His choice to go for this procedure was made so that he could be around to take care of his wife during what he believed to be her last few years. He never recovered from the surgery.

In a morbid twist of fate, my step-mother began having back pain about 6 weeks after my Dad passed away. A month later she was diagnosed with stage four lung cancer. 5 weeks later she died.

If it weren’t so tragic it would be romantic. Here were two people so devoted to each other that they couldn’t live without the other. As children we read about fictional heroes who die defending the women they love. I grew up with my own real life Prince Charming. He had cared for his first wife, my mother, all through her cancer battle, carrying her from room to room so she could look out the window or watch us open Christmas presents. He refused to let anybody else take her into Boston for her chemotherapy sessions. He was by her side, always.

These were the examples of commitment that were set for me. I matured believing that this was what marriage was about: sacrifice, devotion, compromise. At 44, I’m not sure how much I’m willing to sacrifice. “That’s because you haven’t met the right person” many people say. Is that it? Or have I just become profoundly intolerant of anything and anyone who doesn’t live their life as I do?

If I can have what my father had not once but twice, I will jump right into that fire without hesitation. Anything less than that would be a failure and that isn’t an option for me when it comes to commitment.

After my father died I was sifting through files and forms trying to organize my life. I came across a letter he had sent me a few years earlier. This particular excerpt hit me the hardest:

Now, to answer a question you ask me most of the time to which I always say it is up to you if you find someone. My real answer is that I hope so before my time is up. I would ask God for nothing more than to see you happily married.

I hate that my Dad worried that I would have no one to care for me. That’s what drove me so hard to find a partner. I lived so long fearing the idea of being alone that it led me down some really counter-productive paths. When my father died I wasn’t the mess I thought I would be. I was able to get my life together in ways I had struggled to achieve while he was alive. It was like a huge weight had been lifted off my shoulders. The pressure was gone.

I do want something. I do. I think I’m just determined to define it on my own terms. I suppose fear is a great motivator for coupling up, but what if someone doesn’t fear being single?

Alone is alone, not alive.

I can remember someone once saying to me that I didn’t want to keep dating multiple people, likening it to a game of musical chairs.

“You don’t want to end up without a chair” he said, as if standing alone, chair-less, was a fate worse than death.

Yet another married friend scoffed when I told him that I was happy with the non-monogamous lifestyle I had crafted for myself.

“I think you still want a relationship” he said. I tried to explain that I do have relationships. What I don’t have (and what I don’t offer indiscriminately) is commitment.  While that is still a possibility for me, I have to truly want it, as my Dad would say.

It’s much better living it than looking at it.

I guess what I struggle with is the concept of how marriage and long-term commitment are the only options if someone wishes to live a full life. I certainly won’t deny the benefits of having a partner. Of course having someone to lean on and support you enhances and can improve the quality of your life. But it’s not impossible to cultivate a life that you love on your own and still reap some form of reward.

In Company, the story ends with Bobby realizing that maybe his friends were right all along. The audience is given their happy ending and everything is tied up nicely. To some, loose ends are like puzzles with one piece missing. There’s a sense that something is unfinished.

What if Company was re-written to take place today, in 2020, instead of the 1970’s when it was originally set? I wonder how the audience would have reacted if Bobby had told all his friends to butt out of his life and stop projecting all of their fears on to him. In my version Bobby turns around and flips off his friends and says, “Misery does love Company!” (Get it???) and then exits stage left. To me, that’s a happy ending. But that’s because I don’t need everything to make sense or look a certain way in order to consider it worthwhile.  The pieces I need to create the picture are all in place.