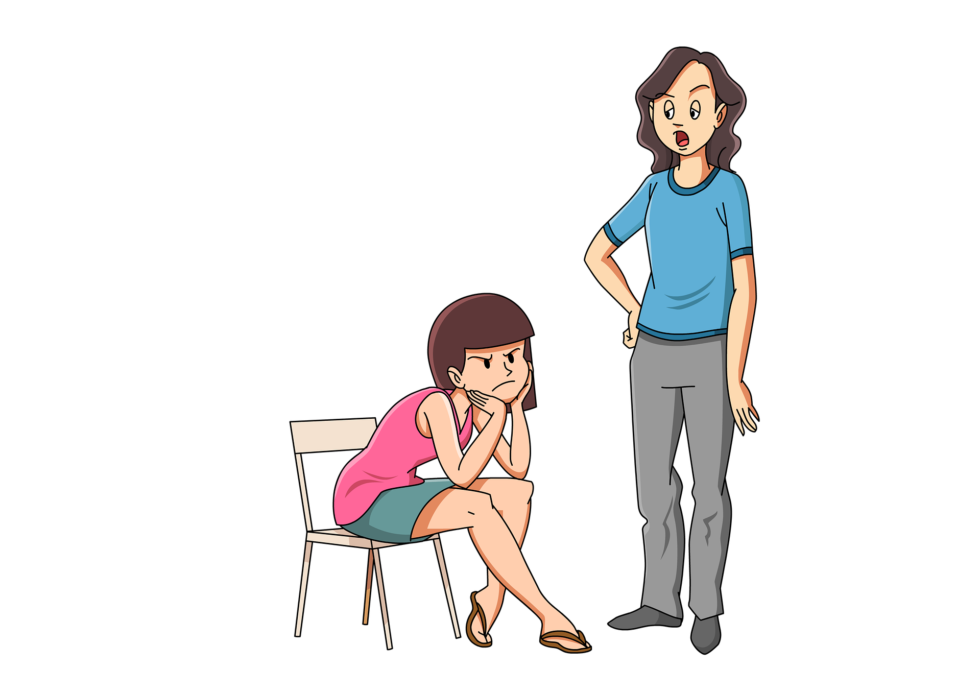 Tina Fey is made of brilliance, amazingness, and hilarity, and anyone with access to basic cable knows that. Upon accepting her Mark Twain award, she said these words to massive applause and laughter. I watched her accept this award from my college dorm room and I stood up and gave her a long distance standing ovation accompanied by a “PREACH IT, SISTER!”

I won’t say that Tina Fey taught me how to argue with grace and stone cold badassedness because I was working on that skill long before she accepted her Mark Twain award; however, that phrase has stayed with me and is the one thing I tell people when they demand to know why I never get angry during arguments.

I don’t love arguing with people, but by now I’m quite good at it.

I went to a ridiculously private college and was introduced to some very spoiled boys and girls who considering whispering behind your back an effective argument/release of stress. Not having grown up that way, I politely disagreed with this passive aggressiveness. When I have issues with people, I like to talk about it with them, not everyone but them. Genuinely, I would much rather talk (not to be confused with shriek) about it. Apparently, this was an unexpected maneuver (Sun Tzu is rolling over in his grave for leaving this chapter out of his otherwise awesome manual – I mean, book). Yet, it has served me well.

Being passive aggressive is a cop out. Either say it, or don’t. Own your anger or shut up. Confront the person or zip it. It’s that easy.

Sometimes No One Person is Wrong

Just because you argue with people doesn’t mean you’re wrong. It also doesn’t mean they’re wrong. It just means you disagree, and you have to work through it nicely. There are two sides to every story and sometimes the fault lies with both of you. Don’t be too shut off that you can’t hear their side-you want yours heard, don’t you? I don’t give advice unless it’s foolproof, and this really is. So here it is…

Never lose your shiz in an argument, ever. You’re probably losing your shiz right now as I tell you not to, but lend me your eyes for a second. No matter what the other person says, you have to remember that they’re saying it because they’re

It is guaranteed that the other person is going to say something they will regret, and you don’t want to join them by adding your own insults. Stand up for yourself, of course, but don’t let things get ugly because you’ll feel worse.

At the end of the day, I end up fighting with people I don’t care much about. I discuss and debate with people I love, which is an entirely different breed of dispute. If the person is wildly shooting verbal barbs at me, they don’t know me very well. I can’t allow someone I don’t care about, and who doesn’t care about me, to hurt my feelings. Don’t let someone hurt you when they don’t matter. Don’t give them that power.

Say your piece, assert yourself, and then end the argument. You’ve said what you needed to say, they have, and that’s it. There’s nothing more that needs to be said. Don’t prolong the argument by reiterating what one of you have already said. You’ve said her boyfriend needs to do his own dishes, and she has said that he forgets. Unless you’re both calm enough to figure out how to remind the lazy idiot, that is the end of the argument. If you keep going, she’s going to admit that her boyfriend doesn’t like you and you’re going to admit that he’s a jerk. Then, it’s gone beyond arguing and into cruelty and that isn’t beneficial.

If you find the other person does manage to hurt your feelings, don’t cry and scream and shout. You’ll look and feel ridiculous, and the other person will calm down in response to your hysteria. Say, as calmly as possible, that what the other person said was uncalled for and change the subject or even end the argument if you’re upset. This is the hardest part, but it’s also the most mature. You don’t have to be a stone cold bitch like myself and Lady Tina, you just have to learn to control your emotions so that they (and the other person) don’t get the better of you. By doing this, you have the upper hand in the argument.

I’ve seen too many arguments (both in life and in entertainment media…cough Amanda Bynes cough) where one person gets too emotional and ends up making a complete fool of themselves. I’ve been told I’m a kick ass arguer, which is usually followed by a muttered: “which I wouldn’t want to be on the receiving end of.” These are the things I do (and not do) when arguing with someone, and they’ve served me well. Hopefully, these tips will help you too.

Arguments happen all of the time. They are unavoidable no matter how sweet and Oprah-like you are. Someone is always going to disagree with you about something. It’s best to know how to handle arguments when they come up instead of floundering, getting upset, and being intimidated. You control your life, not a bunch of stupid arguments.

What was one time that you can say you’re really proud of how you handled an argument?