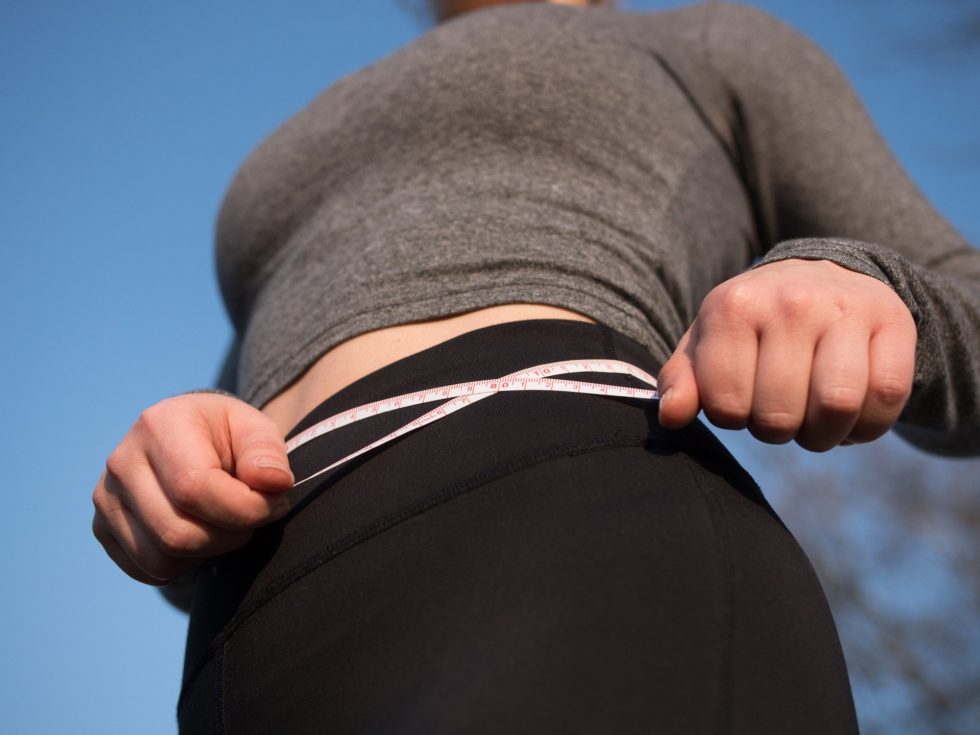 Because fat is viewed as inherently unworthy by a society that really needs to check its priorities, my dates and I have grown accustomed to evenings that involve being stared at on the train, in restaurants, and by neighbors.

When she said it, I wish I could say I was prepared with a sharp retort. I was leaning against a sticky bar table in my roommate’s striped dress (which was absolutely too short), drinking a beer, and chatting with a woman who was, by all means, conventionally attractive. First came the easy stuff like books and career goals. She read them and she had them.
All things pointed to a second date  — that is, until she blurted out that my ex was “not hot.” I stared back at her with a blank look on my face. “You know, uh, heavy. You’re just so hot and when I saw you with her in your Facebook pictures, I was wondering if maybe you weren’t cute in real life.”
These ridiculous situations aren’t uncommon, but they never get any easier to navigate. As a woman who prefers frilly dresses and long hair, people don’t expect me to be anything other than straight. As an “average”-sized person, people seem surprised to see me walk hand-in-hand down the streets of Chelsea with a date who is significantly larger.
Because fat is viewed as inherently unworthy by a society that really needs to check its priorities, my dates and I have grown accustomed to evenings that involve being stared at on the train, in restaurants, and by neighbors. I’ve learned to master staring contests. I would still love to exact revenge upon the rabid old man who told my date to move her “fat ass.” And because we’re dealing with the double whammy of gayness and fat, I could probably start a Tumblr of wide-eyed, open-mouthed onlookers. Gawkers of Gotham, anyone?
I’ve been struggling with body image issues my entire life. Strangers on the street don’t know that I was once the fat kid whose mother had to special-order every uniform. They can’t see my emaciated college-aged, size zero self. All they see are two bodies, one arbitrarily deemed “good” and the other “bad.” And they react to preserve the social stigma unquestioningly.
Strangers are bad enough. But it becomes immeasurably more difficult when the people who know your vulnerabilities reduce the women you choose to date — and by default, you — to mere bodies. Chuckling and calling a woman a “big girl” doesn’t make you a concerned friend, it makes you a shallow asshole. That “big girl” is a person, and that person happens to love dogs and has a Ph.D.
I’ve stopped asking friends’ opinions on my Loveawake crushes just to avoid the comments that typically start with, “But she’s…uh…a little heavy.” I’ve messaged intelligent, hilarious, attractive people only to receive a disclaimer reading, “I just want to make it clear that I am fat.” While I understand where it comes from, a body shouldn’t need a warning label.
Size was never something I actively thought about when planning my future with a potential life partner, and I’ve dated and am open to dating a full spectrum of women. I believe that passion, creativity, and kindness are infinitely more important than a size. On a primal level, I find women’s bodies wildly attractive. Yet, I’m reminded that every day, I walk through life with significant privilege because of my body size –- and many of the people I care about don’t.
Traditionally, women have been reduced to the sum of our parts. We are made to shoulder people’s opinions on our skin, our hair, our teeth. And our fat, or lack thereof. As a woman who dates women, I feel the pressure doubly, especially from friends and acquaintances who are in heterosexual relationships. While it’s more acceptable for men to vary in size and shape, women are expected to look like we’ve stepped out of a Katy Perry music video. There are forums filled with women blasting each other for letting a great guy go because of physical appearance. But if your wife puts on weight, there’s always Ashley Madison.
It is still OK for others to try to save you from a “fattie,” with the guise of faux health concerns to back them up. When people act like I’m a tragic hero for “putting up with” a fat person, my privilege becomes unignorable. This lack of support hurts, and it hurts that women who create amazing art expect me to treat them poorly because of their size.
I’d be lying if I said this wasn’t personal. It is deeply personal. I spent a good part of my life believing that I was less of a person because of my weight and another part getting told how great I looked by the very people who made me miserable for years. And you know what? Nobody has to want to date anyone else, but a basic sense of respect for others shouldn’t be too much to ask. Our dating lives aren’t fodder for tabloid spreads. Unsolicited comments about weight are, at their core, mean-spirited and rude.
I have a body that I’m growing to accept and even love, but I am not my body. I am so much more than an “average”-sized woman who dates fat women. But even if that’s all you see me as when you pass me on the street, that doesn’t mean you’re entitled to disrespect me or my date. I remember saying yes to a date, but I don’t remember asking your opinion on it.