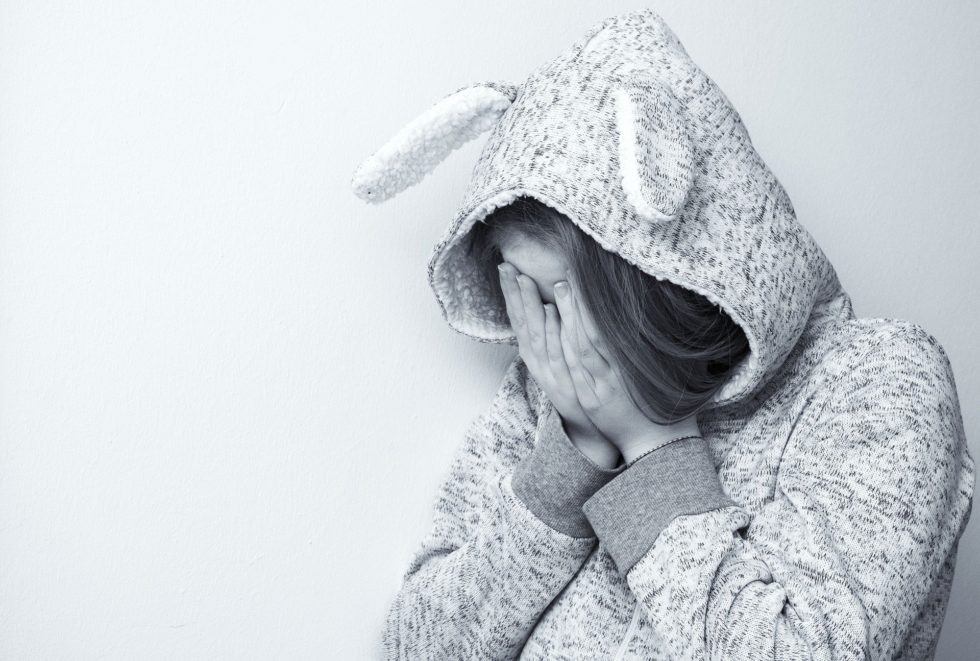 A large part of my job revolves around reading and answering several types of dating-related inquiries submitted to me by men and women from all over the world. Normally, I have no problem cutting to the chase and getting right to the point. In fact, it’s kind of my thing. But the letter below sat unanswered in my inbox…for over a year.

“Hi, you say that single people in their late 30s+ should accept the fact that they may never get married or have children; that they should not fear this because that’s how you end up alone. My question is: if this is something one very much wants … How do you not let the potential disappointment crush you?”

Every few weeks I would return to this letter, determined to craft the most uplifting and empowering response that I could. But each time, something would stop me. I’d get a few sentences in and become fidgety and distracted. As women, we are often raised hearing adages like, “There’s a lid for every pot.” My own father used to tell me that my Prince Charming was out there and he just hadn’t found me yet. And the thing is? I believed him. I believed that there was someone put on this earth especially for me and that, one day, we would find each other. That’s what I told myself every time a relationship failed or a guy never called back after I came home from a promising first date.

He’s out There. He Just Hasn’t Found You Yet.

As time went on, and as my future Mr. Right failed to appear, my own fears, much like those of the woman who submitted her letter, started to creep in. What if …

… I already met him and I threw him back?

There was a point where I gave in to the fear and tried relentlessly to pound a square peg into a round hole. That guy I worked with who was always flirting with me, maybe that’s him? What about the man I met online that was always so busy, maybe he was the one? Oh, hey, that guy I dated ten years ago unexpectedly crossed my path, what about him? Suddenly kismet and karma and fate were my best friends. After exhausting myself trying to find the next future “Mr. You Complete Me”, I gave up. I wasn’t going to be able to force this to happen.

What If He Isn’t?

That’s when I exhaled. Maybe it won’t happen. Maybe it’s not supposed to. Perhaps there were other things I was supposed to be doing. I have always been someone who believed that we were all put here on this earth for a reason. We each have a purpose. It’s possible that mine had nothing to do with settling down or raising children. For the first time, at the age of 43, I acknowledged that I had gotten this far on my own and realized I could continue to do so just fine on my own. I ran a successful business, had close friends, and could pick and choose with whom I wished to share my time.

Am I rationalizing? Of course. That’s what we all do in order to accept certain realities. What made it easier to do so was acknowledging that I very well might be exactly where I was supposed to be.

“Okay” you’re saying. “That’s swell. But what if I really want a relationship? What if ending up alone is the worst possible scenario for me?”

You Can’t Accept That

I guess I would ask you why you feel that’s the case. Why does the premise of being long-term versus perpetually single fill some of us with such dread? I’ll retreat to those wise words we are used to hear from well-meaning relatives and friends … “Someday your prince will come”. I think the reason why we feel like we somehow failed is because we had been conditioned to expect that pairing off was an inevitable part of life. We’ve had others project a lot of their worries and concerns on us about becoming “old maids”. We’ve also been led to believe that choosing a partner was what we were supposed to do. Rarely was a life of independence and freedom ever painted in a way that was attractive to us. The way the narrative is too often inaccurately framed, there’s usually something inherently sad about the woman who doesn’t marry. Either she’s presented as defective in some way or she’s assumed to be stuck in a dead-end relationship with a man because of her fear of being alone. All of this, I believe, is rooted in the value we as a society have placed on male approval.

Thankfully, there has been a groundswell of pushback in this area letting men know we’re mad as hell and we’re not going to take it anymore. Women everywhere are refusing to give in to the pervasive belief that we exist solely to seek and attain a man’s validation or attention. We no longer need it. And that’s scary to a lot of people, other women included. Some men fear this loss of power because if they can’t coerce us into thinking we need their approval to thrive, how will they ever interact with us or control us? They might actually have to think of us as equals and treat us as such.

It’s understandable to feel heartsick at the prospect of never finding that one person we always imagined we would be with forever. But I think we only feel that way because we were told that finding them was both a necessity and a given, when it’s neither. We are whole with or without a partner. That’s what we have to believe, and that’s how we have to live. We shouldn’t put off doing certain things or live our lives waiting for that missing piece to fall into place, because it might not happen. We need to pursue our goals, love whomever we want to love—even if we know it’s temporary—and always acknowledge we have gotten ourselves this far and can continue doing so. To not do these things feels like a horrible waste of our limited time here.

I can’t think of anything worse than to live your life looking back with regret. To me, that’s far worse than being alone.